Walt Disney Pictures’ “Pete’s Dragon” premiered in New York City 34 years ago, on Nov. 3, 1977. That same year, Elliott, the dragon from the movie, made his debut in the Main Street Electrical Parade at Magic Kingdom Park. Here’s a look back at when Elliot joined the parade. 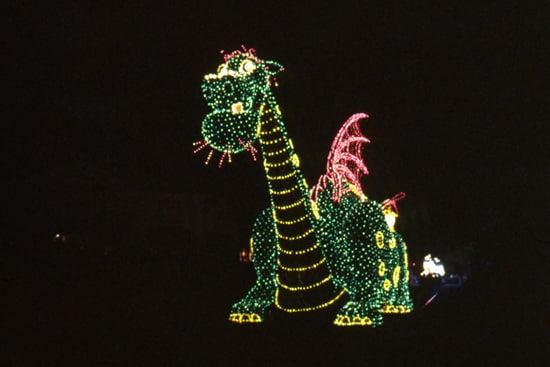 Elliott weighs more than 5,600 pounds, is 16 feet tall, more than 10 feet wide and is 38 feet long. He can blow smoke through his nose and can also disappear. 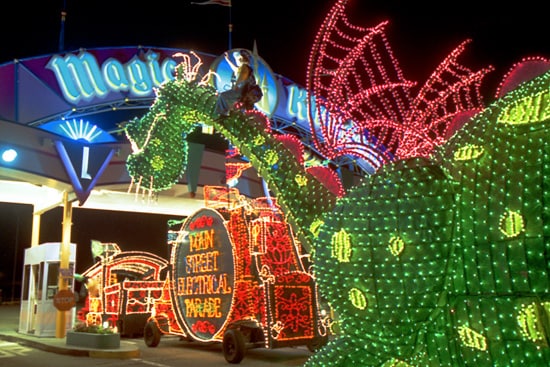 In 1999 while traveling back to Florida from California, Elliott even passed through the Magic Kingdom Toll Plaza while making his way back to Main Street, U.S.A. (I’m not sure if he was charged for parking.) Of course, you don’t have to visit Passamaquoddy to catch a glimpse of Elliott as he appears most nights when the Main Street Electrical Parade is making its way through Magic Kingdom Park. He’s still as bright and lovable as ever. 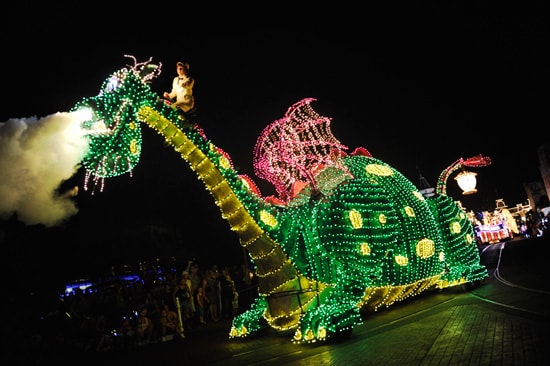 See more about the Main Street Electrical Parade in the posts below: