Today marks the anniversary of the Los Angeles/New York premiere of Walt Disney Pictures’ animated film “Aladdin,” which was released in 1992. Just a month later, in December 1992, Disney-MGM Studios (now Disney’s Hollywood Studios) welcomed Aladdin’s Royal Caravan parade, which was inspired by the movie. To kick off this comical parade, Genie transformed himself into a 26-foot-tall giant to alert the Agrabahians (theme park guests) to make way for Prince Ali! 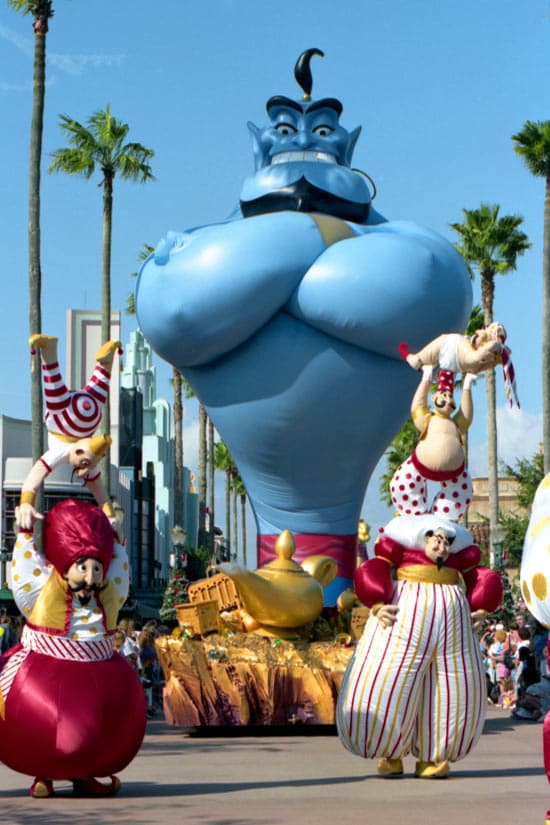 Fifty-six parade performers dressed as everything from serfs and rope climbers to acrobats, fire-eaters and even a snake charmer – all to recreate Prince Ali’s grand entrance into the city of Agrabah.

The first parade ever based off of a single Disney movie, Aladdin’s Royal Caravan saw Genie transform himself five times throughout the parade. The caravan concluded with the arrival of Prince Ali and Princess Jasmine riding atop Abu, whom Genie transformed into an elephant for their grand entrance.

And who’s left cleaning up after all the fun? Jafar. See, it doesn’t pay to be evil; you don’t even get your own float.