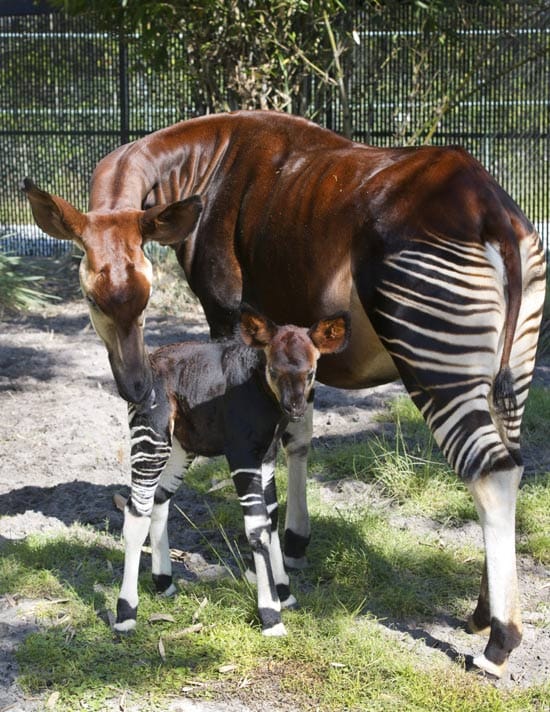 Disney’s Animal Kingdom Lodge guests may get a glimpse of a rare and unusual baby animal in a month or so when our new okapi calf goes out on the resort’s Pembe savanna. The female calf, born Oct. 1, is backstage bonding with her mom in this great photo taken by Gene Duncan. Our animal care managers report that mom and baby are doing very well.

The Pembe savanna in Kidani Village presents an exceptional opportunity for guests to see okapi in a large, mixed-species savanna habitat right outside the guests’ hotel rooms throughout the day and into the evening.

The okapi is considered rare and is classified as near threatened. The main threat is habitat loss due to logging and human settlement as well as hunting for the bush meat and skin trade.