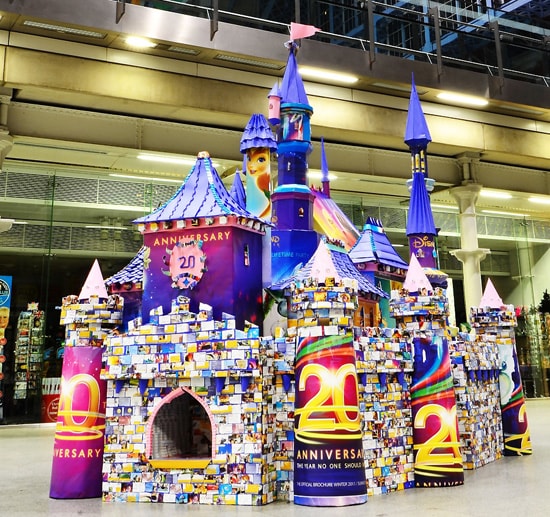 After three weeks of work and more than 50,000 folds of paper, the best origami sculpture of Disneyland Paris’ Sleeping Beauty Castle you’ll probably ever see is now on display in London. Paper artist Paul Jackson used 20 different paper-folding techniques to create the 10-foot “pop-up” castle at the St. Pancras International station for the launch of the Disneyland Paris 20th Anniversary brochure. 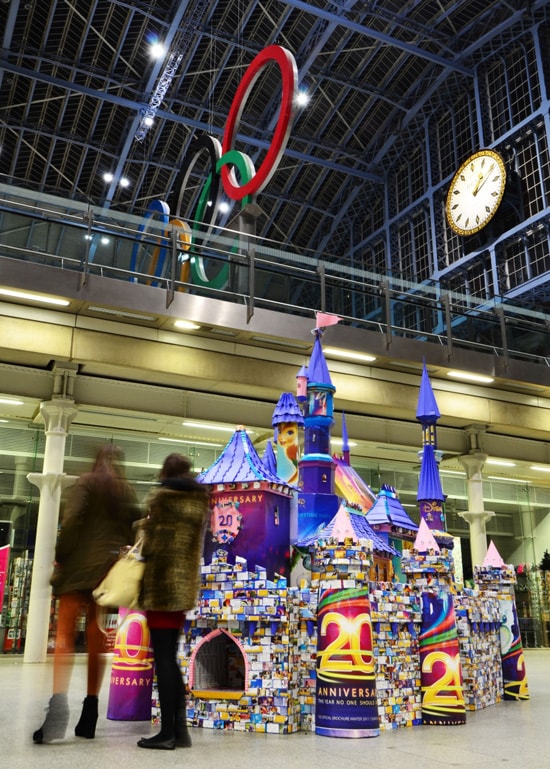 Look closely, and you’ll see more than 5,000 origami bricks on the walls and more than 300 origami cubes, each individually folded. Here’s a quick look at what it took to create the castle.

The Disneyland Paris castle is available to view at St. Pancras until December 10 and then at the FirstChoice Superstore in Crayford, Kent, where it will be on display until late next year.