This past weekend members of D23: The Official Disney Fan Club enjoyed two full days of holiday happenings at Walt Disney World Resort during the club’s annual Magic and Merriment event. In fact, the event was so popular in past years that D23 doubled the capacity this year by offering the event two times. And the excitement was capped with a royal engagement. 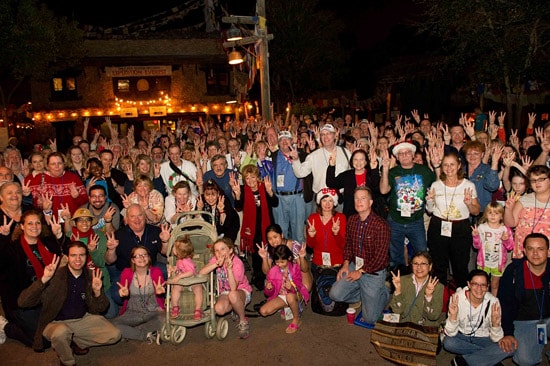 The merriment kicked off inside World Showplace at Epcot where guests were treated to presentations that offered an insider’s look at the holidays around the resort. Imagineer Alex Caruthers and Holiday Services manager Lisa Borotkanics revealed some of the secrets to transforming Walt Disney World Resort, Aulani, a Disney Resort & Spa, and the Disney Cruise Line fleet into wintery wonderlands. Walt Disney Archivist Steven Vagnini looked at the history of the Candlelight Processional at Disney Parks (later that day, guests enjoyed reserved seating to see the spectacle for themselves). And Disney Legend Kathryn Beaumont (who gave voice to Wendy in “Peter Pan” and Alice in “Alice in Wonderland”) talked about her history with Walt Disney working with Walt on 1951’s Walt Disney Christmas Show. 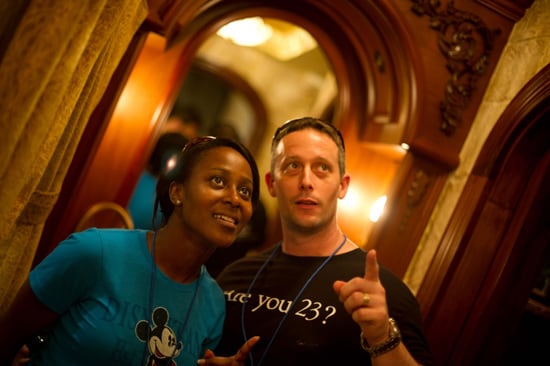 Imagineer Gary Landrum explored the creation of the Cinderella Castle Dream Suite – and the following day, guests all received a tour of the rarely seen accommodations. It was inside this regal room that D23 Member Amanda Richards received a royal proposal from her now-fiancé, Ben Doughan. Congratulations!

“The Dream Suite was more magical than I expected,” said D23 Member Debbie Bingham who had traveled from New Jersey to attend the event. “It was even more impressive after hearing the presentation the day before where the Imagineer described all the details.” Guests also got a glimpse backstage, visiting the Holiday and Scenic Services buildings as well as the Parade Barn. “It doesn’t ruin the magic,” added Debbie’s husband Gary. “It makes it even more impressive.” 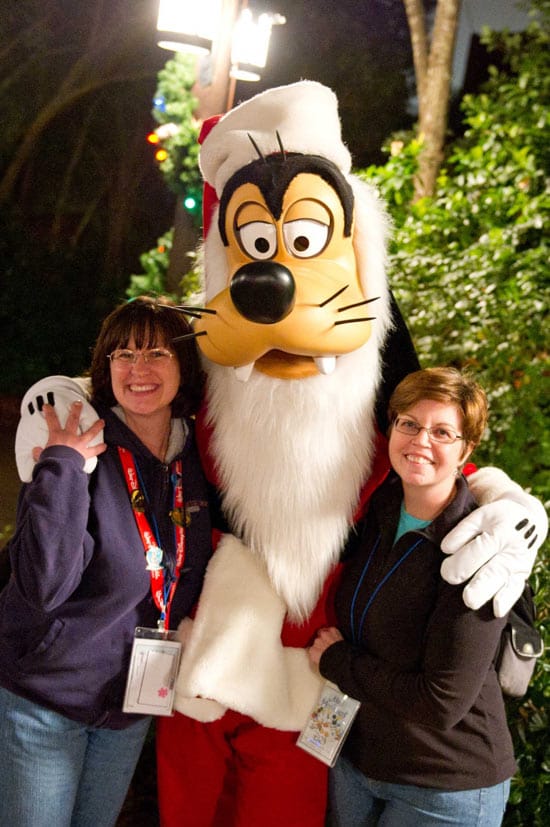 Also included during the weekend were Mickey’s Very Merry Christmas Party and a spectacular holiday feast at Disney’s Animal Kingdom after the park had closed to guests. While Magic and Merriment marks the end of another year of extraordinary experiences, D23 has unveiled an impressive slate of events for 2012 that will bring Disney delights to D23 Members across the country. Stay tuned for even more exciting announcements coming soon from D23: The Official Disney Fan Club regarding exclusive events, opportunities and benefits just for D23 Members.