iLuminate Brightens Up Holiday Nights With a Dazzling Display of Dance and Lights at ElecTRONica!

TV audiences were blown away by the fame-turning appearance of iLuminate on “America’s Got Talent.” 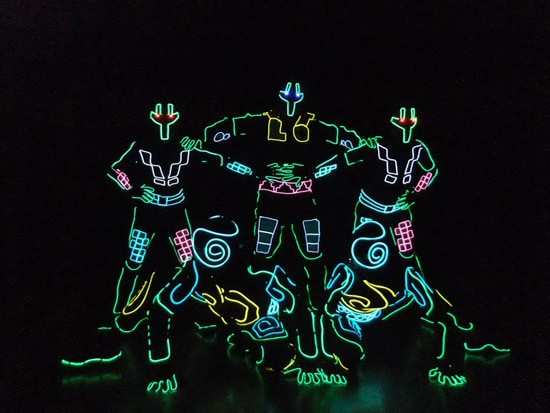 Whether you caught this sensational combination of explosive dancers and the hottest, newest entertainment technology on ABC’s “Dancing with the Stars,” “The American Music Awards” or Disneyland Grad Nites, iLuminate is charged up to take you on a roller-coaster ride of dance, music and lights!

iLuminate will perform two sets a night on the Hollywood Pictures Backlot Stage as part of an already full night of entertainment inside the Grid. Brighten up your holiday season with iLuminate, only at ElecTRONica at Disney California Adventure park!

Likes (0)
Share iLuminate Brightens Up Holiday Nights With a Dazzling Display of Dance and Lights at ElecTRONica!