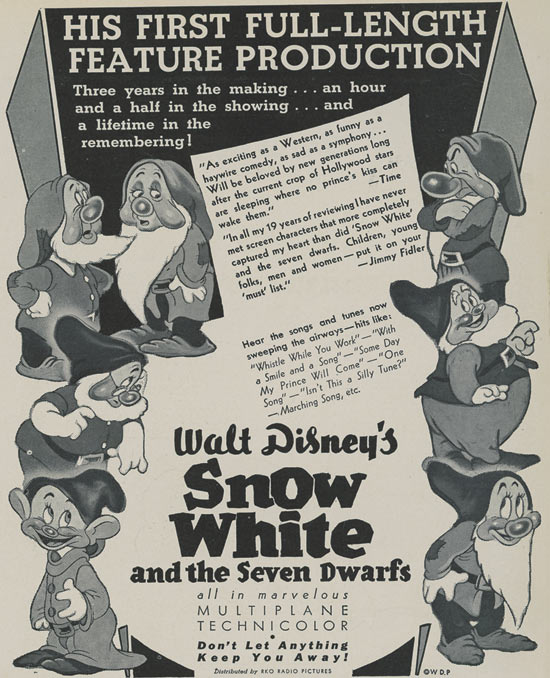 As Disney Parks Blog readers know, when Buena Vista Street opens next year its centerpiece will be the Carthay Circle Theatre – home to the premiere dining location in Disney California Adventure park and a living tribute to a definitive moment in the history of the Walt Disney Company. 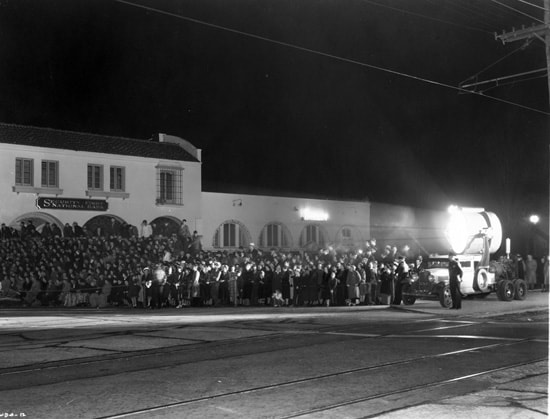 On December 21, 1937, “Snow White and the Seven Dwarfs” premiered to a record-breaking audience at the Carthay Circle Theatre in Los Angeles. News clippings from the time quote theatre manager Ray Ducerne, who reported that advance ticket sales outpaced every other picture ever booked at the theatre, resulting in a sold-out opening night. Advance demand for tickets was so strong that sales were limited to four per person. More than 30,000 fans who couldn’t score one of the $5 tickets gathered outside the theatre just to be a part of the historic event. 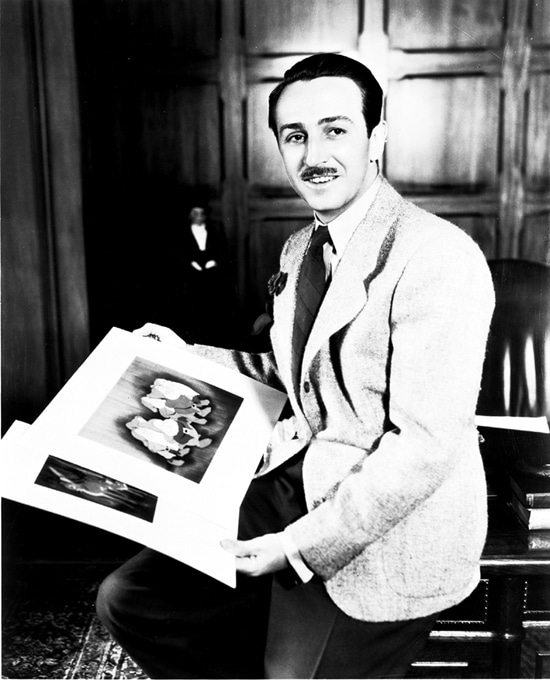 This was quite a pay-off for Walt Disney, who had risked nearly everything he had to see his dream of a feature-length animated story come true. At a cost of $1.4 million, the film had taken three years, 750 artists and almost two million individual paintings to create. “Snow White and the Seven Dwarfs” went on to receive a special Academy Award (one full-size Oscar accompanied by seven “dwarf” Oscars), and its original worldwide gross totaled $8.5 million – which would have been hundreds of millions of dollars today. It was the highest-grossing movie of all time until it was later surpassed by “Gone with the Wind.” 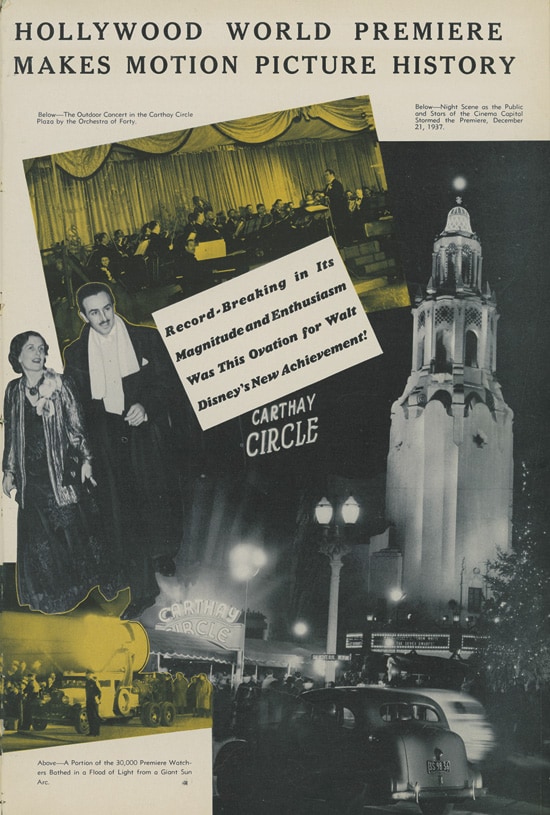 Opening night at the Carthay Circle Theatre was a spectacular event. Crowds lined up around the block, and huge floodlights illuminated the scene. Walt and Lillian Disney arrived to enormous fanfare and enjoyed the screening alongside such celebrities as Shirley Temple, Charlie Chaplin, Marlene Dietrich, Milton Berle, Ginger Rogers, Cary Grant, George Burns and many more.

The Carthay Circle Theatre at Disney California Adventure park will mark this game-changing night for Walt Disney and his burgeoning studio – a tribute to an enormous risk that turned into a golden opportunity. “Snow White and the Seven Dwarfs” was not only a financial success, but it set the stage for countless animated classics which would follow and paved the way for the rest of Walt Disney’s dreams to come true.

I’ll leave you with one more look back in time – the film’s playbill.