Ring in 2012 with Disney Parks Merchandise 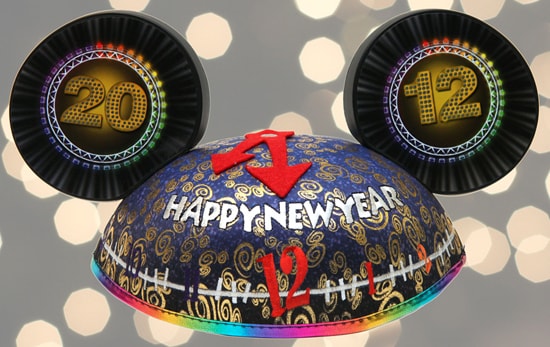 Three, two, one – Happy New Year! The New Year holiday is probably one of my favorites (following my birthday which I’m still trying to make a national holiday). In summer 1997, I celebrated the New Year nearly every night when I worked at Pleasure Island merchandise on the Disney College Program. There is something about the closing of one chapter and starting a new one that is refreshing to me. At Disney Parks, we have created a few items to help ring in the New Year.

One of my favorite items is the clock-inspired Disney Ear Hat pictured above. It was designed by Mark Seppala from Disney Design Group who you may recall from a previous article about Disney Character Ear Hats. He explained that “Alice in Wonderland” partially inspired him to create the hat.

“I used the mouse ear swirl in something else I designed that had an ‘Alice in Wonderland’ theme,” explained Mark. “I ended up turning the hat into a clock with the numbers circling the hat. I like how the number 12 fits perfectly on the front which is a nice connection to midnight and the New Year.” The clock theme continues with a new limited edition Disney pin featuring Tinker Bell. Disney pins have been commemorating the New Year since the Millennium celebration in 2000. There are two additional New Year pins that will be released at Disneyland and Walt Disney World Resort respectively. 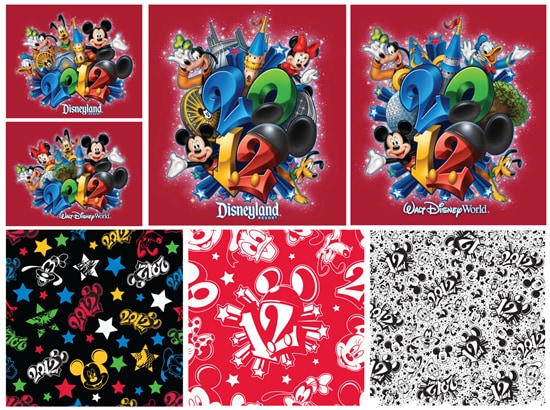 As 2011 draws to a close, you will begin to see new 2012 merchandise arriving in merchandise locations. Our “dated” items (merchandise with a specific date) are some of the most popular souvenirs at Disney Parks. The artwork shown above will be featured on everything from license plates to T-shirts to Vinylmation. 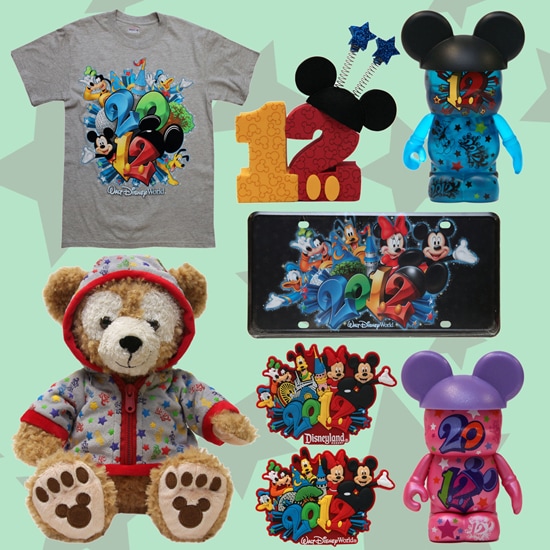 On behalf of the Disney Theme Park Merchandise team, I want to thank you for a great year. I have enjoyed reading your comments and I look forward to sharing more news in 2012. Happy New Year!