Shirts Showcase the World at Epcot I love tee-shirts. I have two dresser drawers filled with shirts that I’ve acquired over the years (I’ll save the discussion about my “Aloha” shirt collection for a future Disney Parks Blog post). During my recent search for holiday gifts from World Showcase in Epcot, I photographed several new shirts that caught my eye (like I need another shirt!). The top image features two new shirts that made me long for yet another Kalua pork slider from the Hawai’i Marketplace at the Epcot International Food & Wine Festival. I know I will be sporting either shirt during a future trip around the world. 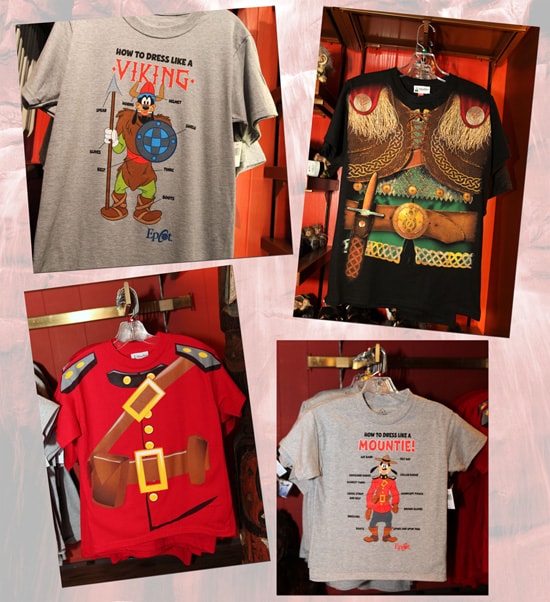 I asked Sylvie Brumbaugh, product developer for World Showcase, about the new shirts I found in the Norway and Canada Pavilions.

“We wanted to add an element of fun to the World Showcase shirt assortment,” explained Sylvie. “The ‘How to Dress’ shirts were a nod to the ‘How To’ cartoons staring Goofy. In Norway, one of the most popular items is the Viking helmet. I wanted a shirt that would complete the story, so we introduced a Viking body shirt. I’m considering turning that shirt into an apron as it would be perfect for grilling season.” Sylvie also created a new shirt using with the ever popular Norwegian trolls. She said drinkware using the image and tagline pictured above is also coming soon. 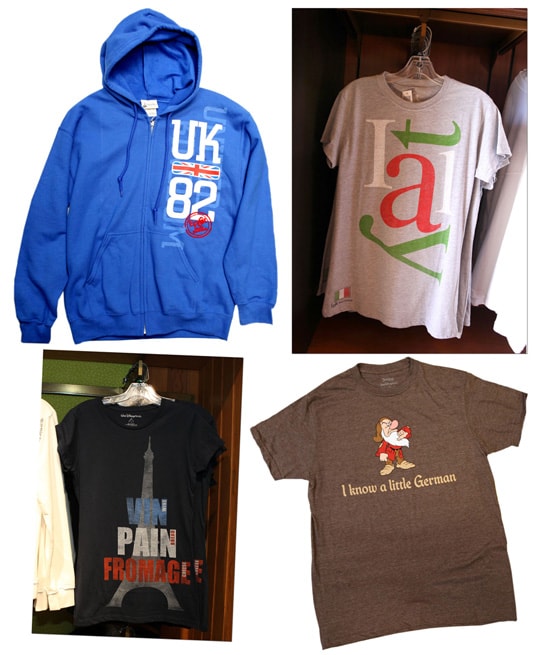 Another item arriving soon is a shirt for Germany Pavilion featuring Grumpy. The back of the shirt has the German translation of the phrase found on the front – “Ich kann ein bisschen Deutsch.”

I also liked the strong graphic-focused shirts found in several countries. There is a new “opening year” program that comes in both shirt and hoodie styles. I particularly liked the shirt from France Pavilion with the words “vin, pain and fromage” – my dinner of champions.

There will be additional graphic shirts coming in the next few months – including one arriving in Germany Pavilion this spring that had me yelling, “Goooooooal!” But that’s a story for another time.