Songs and Story: Mickey’s Christmas Around the World

What you get: A classic album-length story in which Mickey and Goofy travel the globe to discover how holidays are celebrated in diverse cultures.

Why it’s cool: Mickey and Goofy sing “From All of Us to All of You,” Their backup music is from the soundtrack of the Disneyland holiday TV episode hosted by Jiminy Cricket, featuring scenes from Disney animated features and short subjects. This was originally released in 1991 on cassette only. 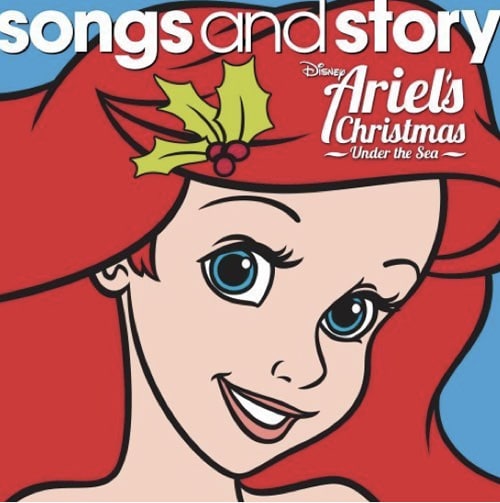 Songs and Story: Ariel’s Christmas Under the Sea

What you get: An original story based on the Walt Disney Pictures animated classic The Little Mermaid, this tale takes place before the movie begins with Ariel bringing holidays from the world above to her kingdom – much to the disdain of King Triton.

Why it’s cool: Jodi Benson, Samuel E. Wright and other members of the original film voice cast are here again, along with three songs culled from previous Walt Disney Records releases. Like Mickey’s Christmas Around the World, this story was only available on cassette in the past. The Muppets: A Green and Red Christmas

What you get: All the songs from the Grammy-winning 2006 album plus two brand-new tracks – one partnering the Muppets with guest star Andrea Bocelli.

Why it’s cool: Where to begin? Miss Piggy swoons the Eartha Kitt classic “Santa Baby” and stresses her chorus line as “The Christmas Queen;“ Swedish Chef dishes out a “Christmas Smorgasbord;” Fozzie takes the stage at the “North Pole Comedy Club;” and Kermit sets a mellow tone for “Have Yourself a Merry Little Christmas.” 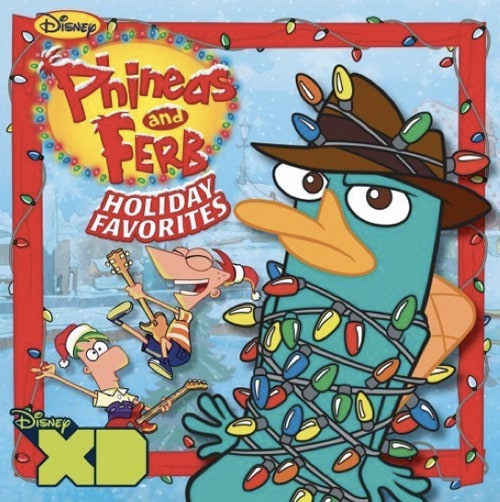 What you get: Sixteen festive, funny tunes by the original TV cast from what I think is one of TV’s smartest and most inventive shows – animated or not.

Why it’s cool: This 2010 album showcases the delightful quirks of each character, especially in ensemble songs like “The Twelve Days of Christmas.” There are also songs by Olivia Olson (voice of Vanessa and daughter of series writer Martin Olson); tween pop stars Mitchell Musso and Ashley Tisdale (who voice Jeremy and Candace) and the mythical rock group “Love Handel.”

These CDs are available at selected Disney Parks merchandise locations as well as your favorite stores, online shops and downloads. For information on purchasing select Disney merchandise items, call Walt Disney Parks and Resorts Merchandise Guest Services at 1-877-560-6477 or send an email to  merchandiseguestservices@disney.go.com.