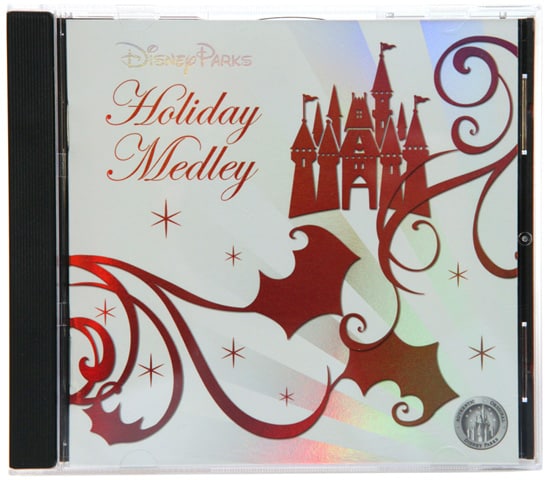 What you get: A collector’s treasury of 19 seasonal songs, carefully chosen by Grammy award-winning producer Ted Kryczko from the Walt Disney Records and Disney Parks music libraries. Songs include: “Rudolph the Red-Nosed Reindeer” by Goofy, Mickey & Minnie; “White Christmas” by Goofy; “‘Zat You, Santa Claus?” by Dr. Teeth & The Electric Mayhem; and many more.

Why it’s cool: Look who’s on the disc: Goofy, Donald, Mickey and Minnie; Dr. Teeth and the Electric Mayhem of The Muppets; Park performers and orchestras (including some you might hear at Mickey’s Very Merry Christmas Party – like the Disney Dickens Christmas Carolers); plus superb studio vocalists performing original tunes created for various Walt Disney Records releases. 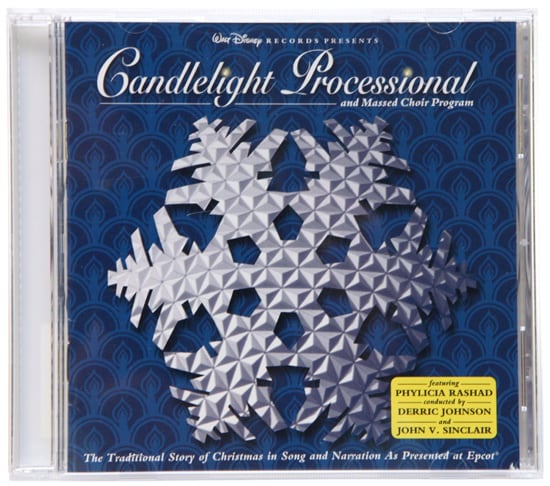 What you get: The entire Epcot Candlelight Processional production, including the essay, “One Solitary Life,” narrated to perfection by Tony Award winner Phylicia Rashad, and magnificent performances of great music conducted by Derric Johnson and John A. Sinclair, including “Do You Hear What I Hear?” and “Hallelujah Chorus.”

Why it’s cool: How wonderful to have such a lovely 50-year Disney tradition, recorded for you to keep and to listen to anytime you want! The orchestra was recorded on “Stage M,” inside the Bing Crosby Building at Paramount Studios in Hollywood – where music from classics like White Christmas, Sunset Boulevard, The Ten Commandments and Star Trek were recorded. The vocals, including the Walt Disney World Resort Cast Choir and members of high school choirs from Apopka, Lake Howell, Dr. Phillips, Lake Mary and Lake Region and additional instrumentation were recorded here in Central Florida. 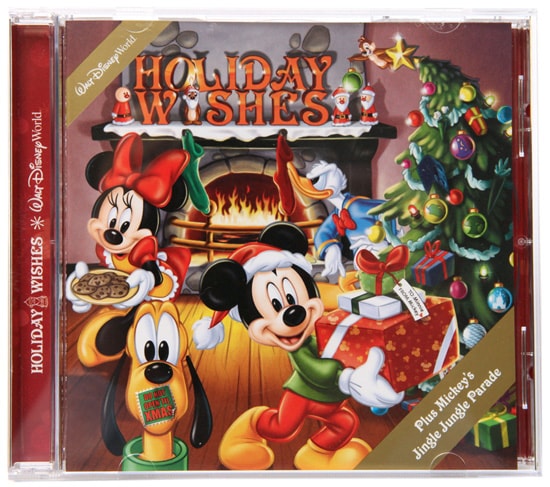 Why it’s cool: First of all, I love the cover and disc art, conceived by Quynh Kimball of the Disney Design Group. (Do you remember which Disney cartoon ended with that Pluto “stamp gag?”) Second, this is an excellent album for tree trimming or filling out holiday cards, rich in familiar themes, lavishly arranged in that great Disney Parks style. I even like listening to Mickey’s Jingle Jungle Parade during my runs!

All three of these albums are available exclusively at selected Disney Parks merchandise locations.