Last Friday and Saturday, the Magic Kingdom Park wished upon more than a few stars, as some of the top names in entertainment taped performance segments for the “Disney Parks Christmas Day Parade” that will air December 25 on ABC-TV in the U.S., in Canada on the CBC network and in 177 countries around the globe on the American Forces Network (AFN).

Last month, Disney Parks Blog author George Savvas recapped the tapings that took place at Disneyland Resort for the holiday special. With the Walt Disney World Resort tapings now complete, we only have a few weeks to wait until the show is wrapped in a bow and presented to viewers on Christmas Day. 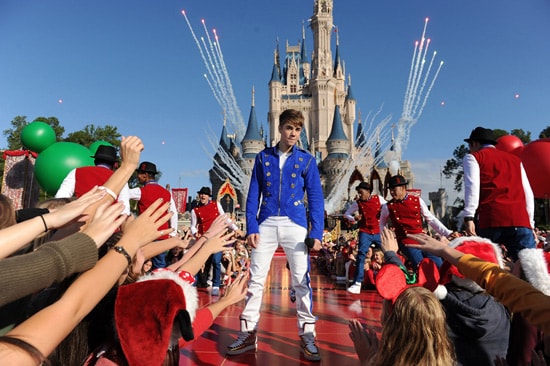 Worldwide singing sensation Justin Bieber had plenty of fans “Beliebing” in magic, as he performed a medley of tunes from his new, smash-hit holiday album. 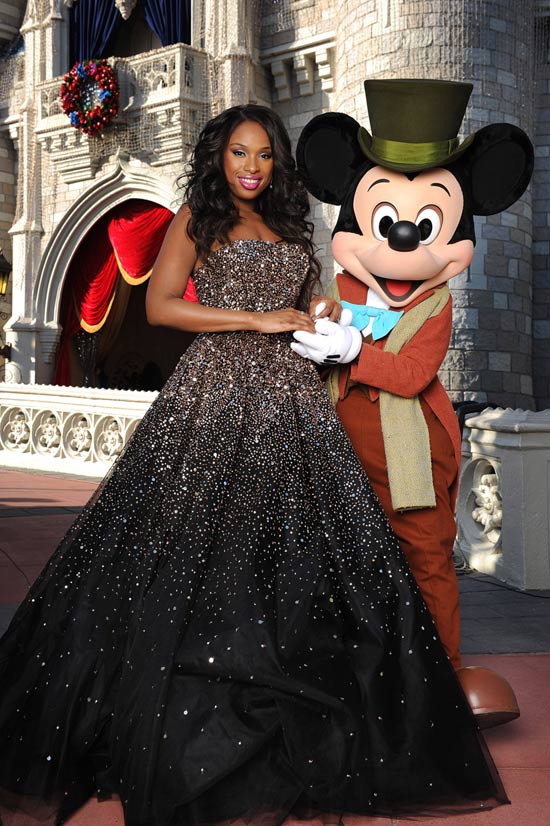 Jennifer Hudson, a former Disney Cruise Line performer who has taken the entertainment world by storm by winning an Academy Award and GRAMMY Award in her young career, also performed a holiday medley. Her performance, backed by a choir, will bring this year’s telecast to a celebratory close. 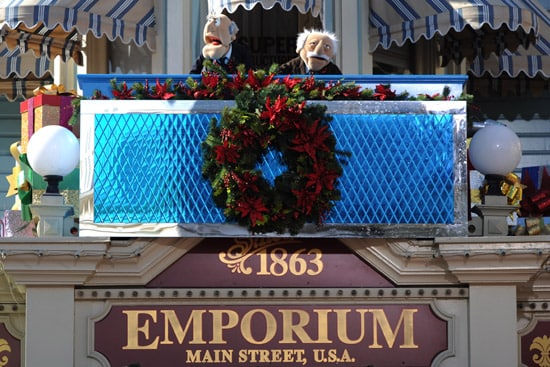 Everyone’s favorite balcony-sitting curmudgeons, Statler and Waldorf, make a special appearance on the telecast at the Magic Kingdom Park. They will be perched high above Main Street, U.S.A., offering their unique brand of commentary on the parade below. 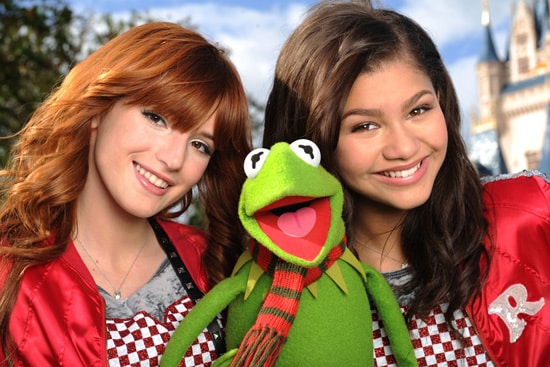 Kermit the Frog wore his holiday best scarf for the occasion, and remarked that he loves to vacation in Central Florida not only to visit Walt Disney World Resort, but also to visit some of the best swamps he’s ever seen. Here, he poses during the taping with Disney Channel stars Bella Thorne and Zendaya — from hit show “Shake It Up” — who perform a high-energy dance number during the TV special. 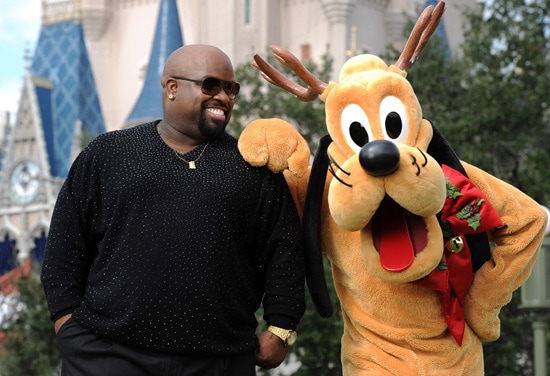 Soulful singer Cee Lo Green performed ”This Christmas,” and then had a chance to meet one of our favorite holiday pals, Pluto (complete with reindeer antlers). 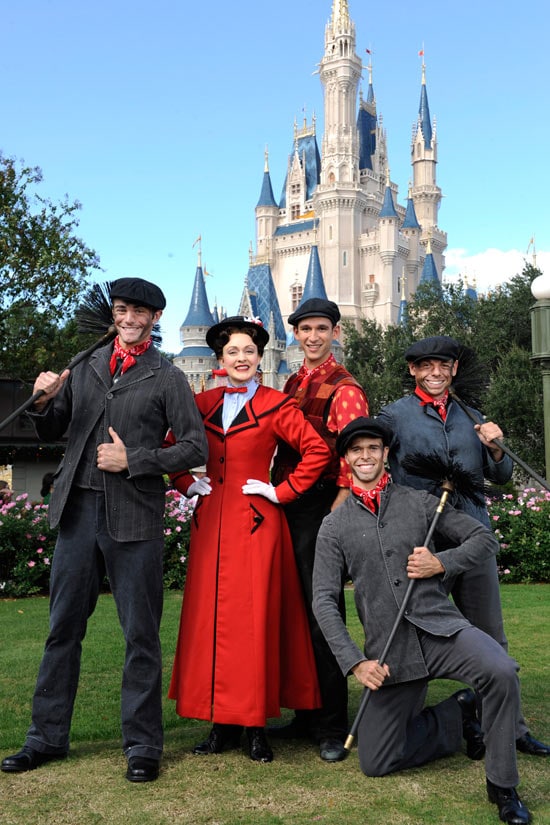 Direct from the hit Broadway musical, “Mary Poppins,” Mary Poppins and Bert made a supercalifragilisticexpialidocious holiday appearance during the taping. 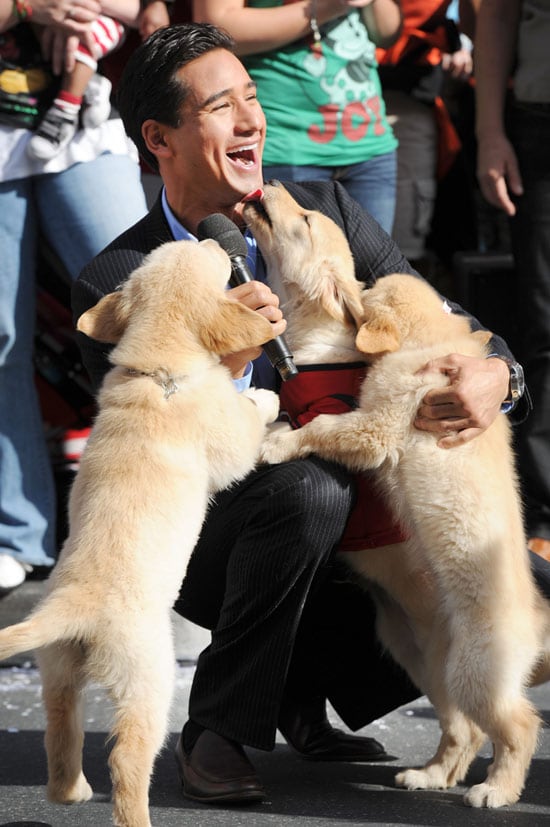 Actor Mario Lopez, who is one of the parade’s hosts this year, had the chance to visit with some very “pup-ular” celebrities, the canine stars of the upcoming “Treasure Buddies” film. The film, the latest in the “Buddies” series, will soon be available on Disney DVD and Blu-ray. 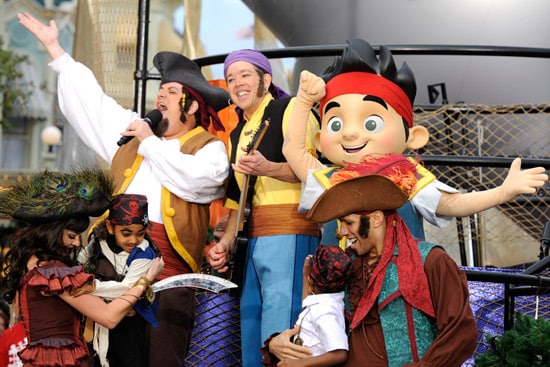 For more information on the parade telecast, check back here for updates and also visit disney.com/christmasparade. We hope you’ll join us December 25th for this Christmas Day television tradition!