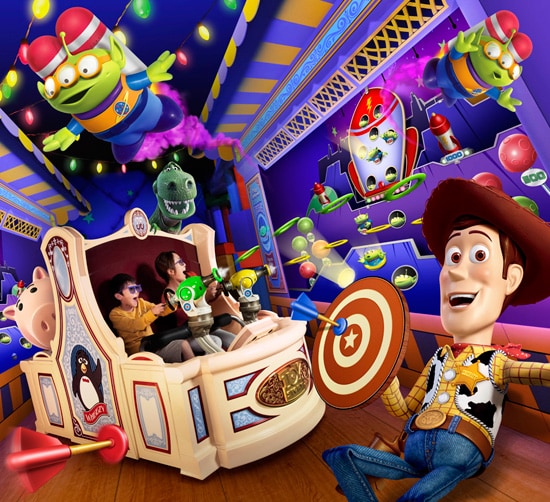 The attraction will be located in Toyville Trolley Park, a new area themed after an old-fashioned amusement park. Toy Story Mania! will have a few differences from the attraction here at Walt Disney World Resort, including the fact that guests will initially enter through Woody’s mouth. From here, guests will find themselves in Andy’s room, which is strewn with larger-than-life board games, puzzles and other toys.

Guests later board a tram, put on 3-D glasses and roll under Andy’s bed where the toys have set up a carnival play set. Joining in the fun, guests play the carnival games with all their “Toy Story” friends.

The attraction also will be accompanied with Slinky Dog’s Gift Trolley merchandise shop.