Another big icon here at Walt Disney World Resort used to get into the ho-ho-holiday spirit with a giant 342 3/8th sized Santa hat. I’m talking about the Earffel Tower at Disney’s Hollywood Studios. Of course, when this photograph was taken in December 1989, it was Disney-MGM Studios. The ears on this icon weigh 5,000 lbs. – so it’s no wonder it takes a hat that is 28.5 feet in diameter to wrap around them! 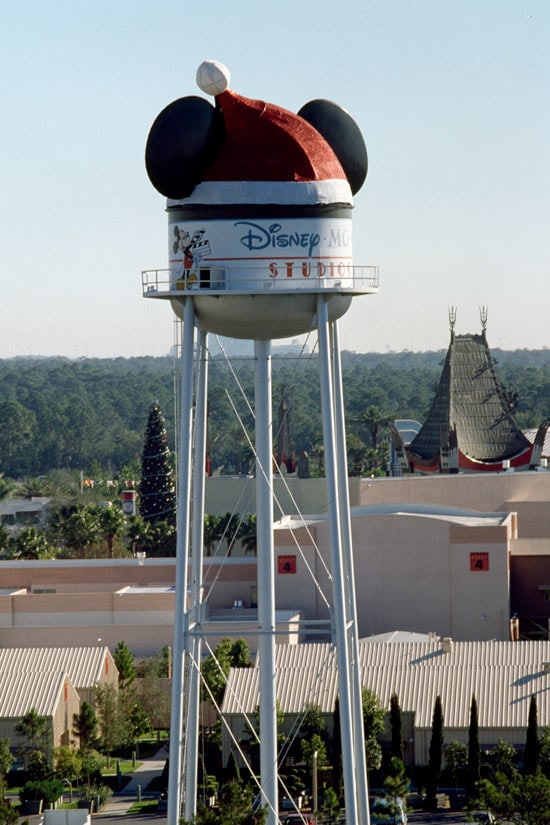 The holidays weren’t the only time in the past that the Earffel Tower has been altered to celebrate a special event. 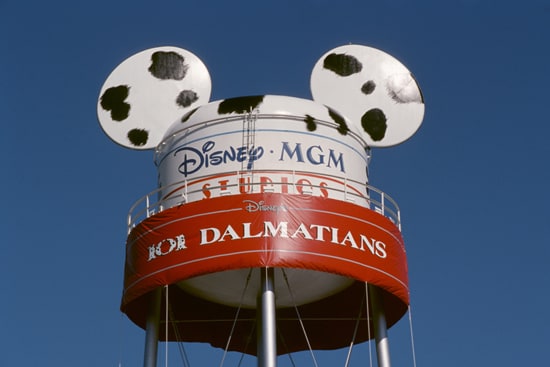 Back in 1996, spots were added for the opening of Walt Disney Pictures live-action “101 Dalmatians” (and the Backstage Pass attraction on Mickey Avenue). 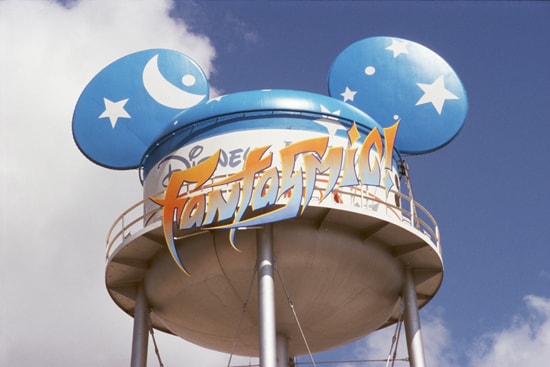 And in 1998, for the premiere of Fantasmic!, the ears were painted to look like the sorcerer’s hat. 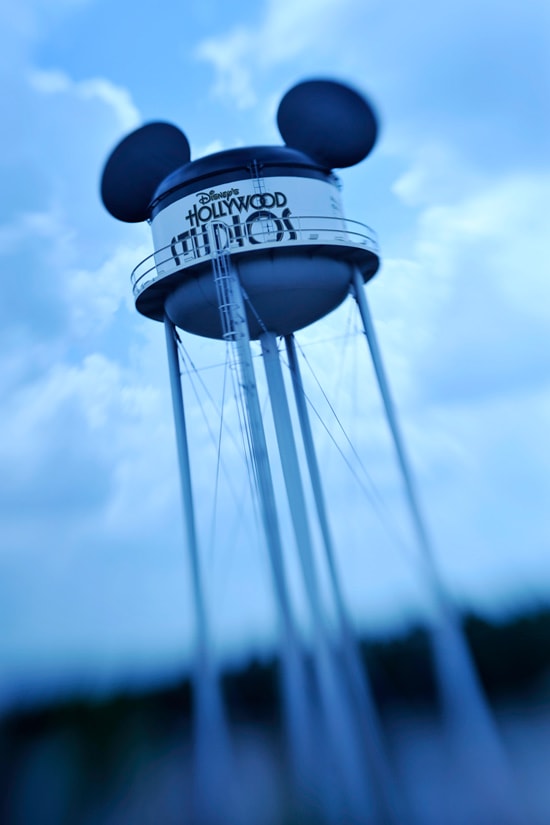 And while the Earffel Tower may not get into the holiday spirit any more, I’m pretty sure there are millions of lights nearby that make up for it during the holiday season. I hear they even dance nowadays.