It’s still an experience money can’t buy, but (if it doesn’t sound too much like bragging) let me tell you how my family and I got to stay overnight in the Disneyland Dream Suite.

You know how sometimes at a party you’ll be given a half of a ticket with a number on it while the other half goes into a bucket for prize drawing? I had one of those ticket stubs at a big gathering of Disneyland Resort cast members. And my number was picked from hundreds of others for the overnight Dream Suite stay.

I was especially thrilled by this because in 2008, when Dream Suite stays were being awarded to random guests as part of The Year of a Million Dreams, I spent a lot of time in the Suite, showing it off to news media as part of my job in Public Relations. More than once I thought, “How can I arrange to let my wife, son, daughter and granddaughter at least have a look at this incredible place?” And then…I got the opportunity to actually stay there with them overnight!

The Disneyland Dream Suite, as you may know, is located upstairs from Pirates of the Caribbean. The space was originally planned as a private apartment for Walt Disney to entertain special guests, but he passed away before it could be completed. For two decades, beginning in 1987, it was the Disney Gallery. (And yeah, I did PR for that, too, when it first opened.) Preparing it for The Year of a Million Dreams, a team of Imagineers did an incredible job recreating Walt’s original vision for a luxury suite. 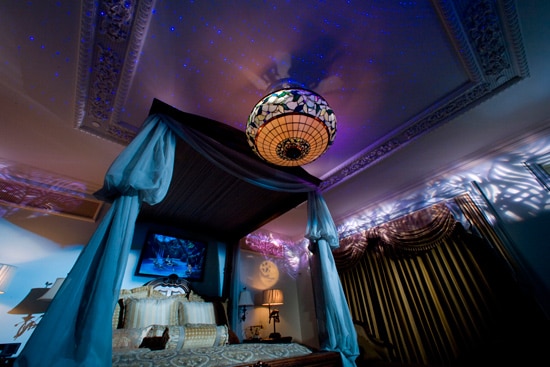 Every part of the Suite is beautifully designed and full of surprises. The two bedrooms are themed, respectively, to Adventureland and Frontierland, based on their proximity to those lands. The Suite is spiced up with special effects – a “goodnight kiss” in each of the main rooms that can be switched on as bedtime nears. 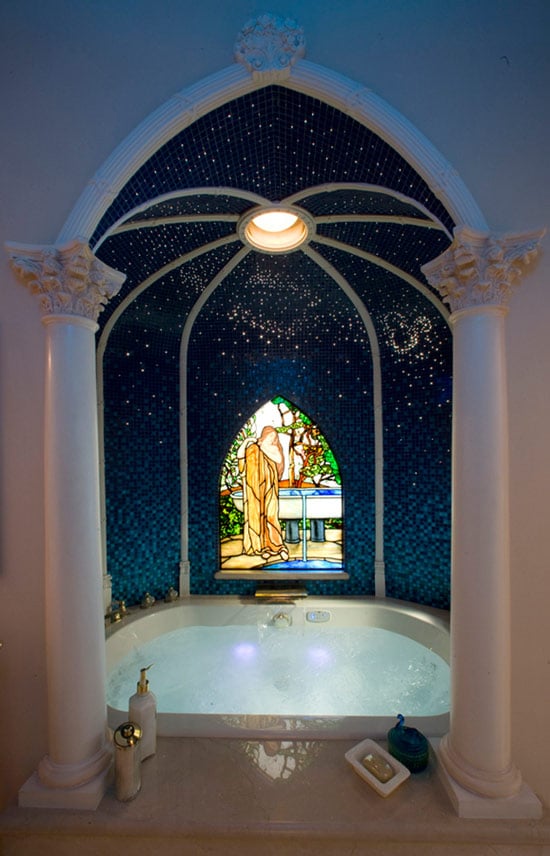 Back in 2008, I thought the most over-the-top aspect of the Suite was the bathtub in the Master Bath, decorated with a stained-glass window and lit by Imagineered starlight. My granddaughter certainly agreed. 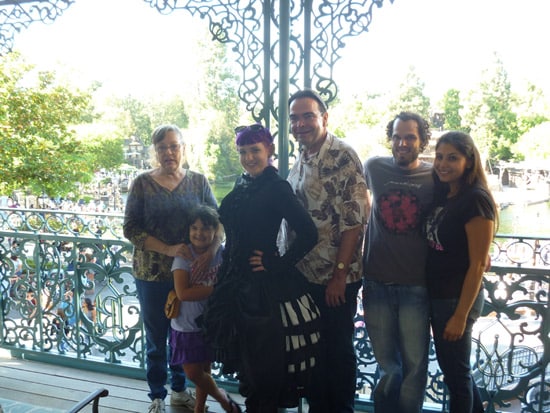 And for those of you who remember the Disney Gallery, I have to report that I think the Suite balcony is still THE best place to watch “Fantasmic!” I stayed out on that balcony past park closing to watch the last guests depart, and went out again before park opening to watch the first guests coming in. When you’re a cast member, there’s something special about being able to witness the reluctance of guests to leave Disneyland park at night and the eagerness with which they enter in the morning. I had a special vantage point to watch that. 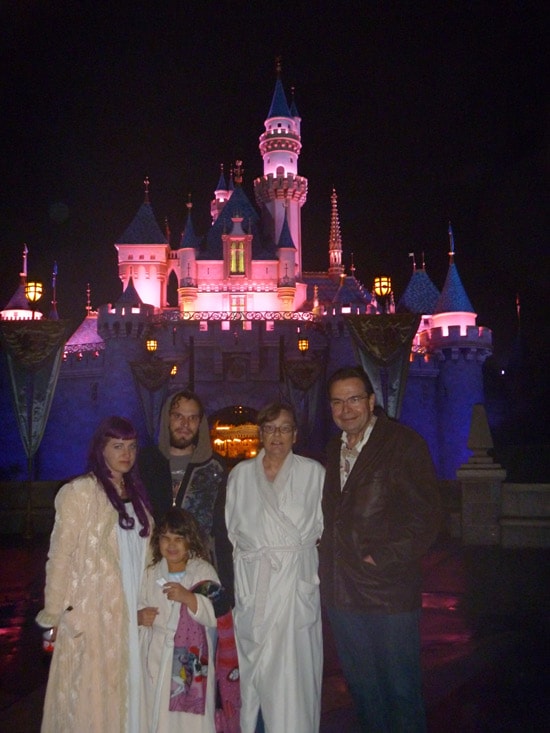 And when the last guests had departed that night and some of us had put on our PJs, we took a walking tour of Disneyland-after-closing. 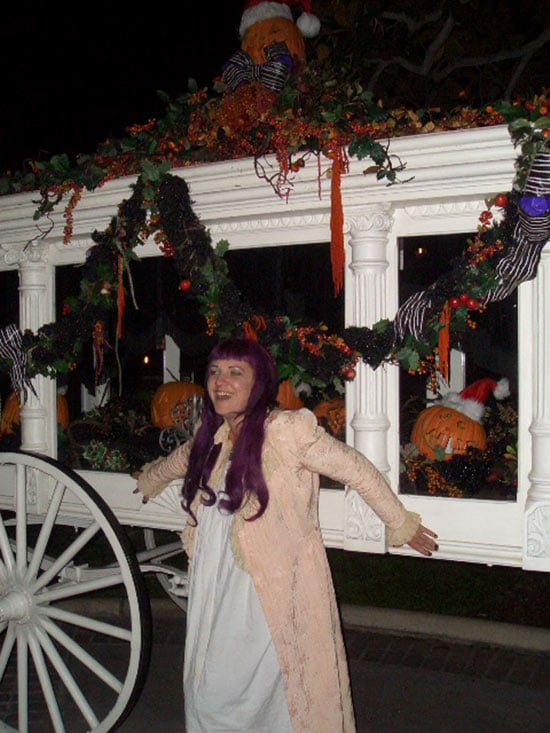 The 999 Happy Haunts of Haunted Mansion Holiday were our neighbors, so of course we stopped by for a visit. My daughter even posed for a photo in their…um… driveway.

Needless to say, it was a very, very special experience for all of us. I’m happy to be able, in a small way, to share it with you.