A Disneyland park favorite will close its doors this week – but only until summer, when Carnation Café will re-open with more seating (adding the indoor seating that disappeared in the 1990s) and a spruced-up menu.

And no worries – if you’re looking for cast member favorite Oscar Martinez, you’ll find him over at the Jolly Holiday Bakery Café opening this month, but only until Carnation Café re-opens. Then you’ll find Oscar back at Carnation Café.

When Carnation Café re-opens, look for breakfast, lunch and dinner favorites, along with new dishes and some Walt Disney favorites.

So, ‘til the doors open this summer, here’s the recipe for the decadent Loaded Baked Potato Soup just in case you have a hankering. 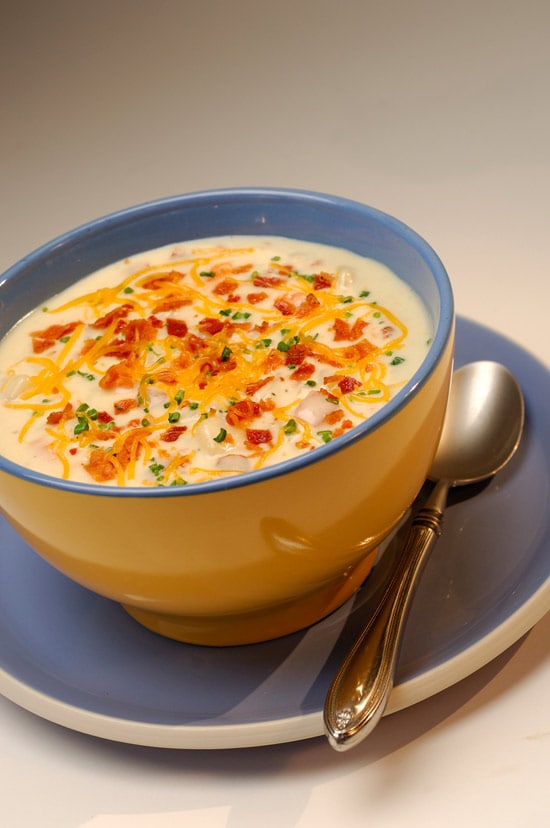 Cooks’ notes: Soak diced potatoes in cold water until ready to use to keep them from turning brown. To make bacon easier to chop, lightly freeze.