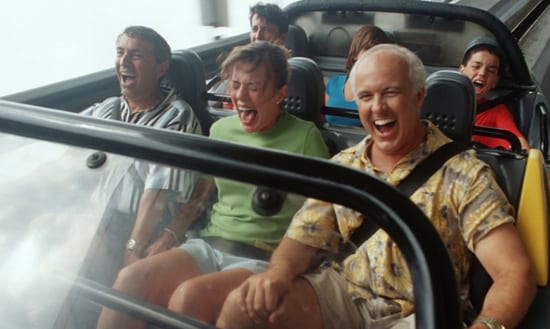 To begin the new year, we followed our big “One More Disney Day” announcement with a few others here on the Disney Parks Blog, including first word of a re-imagined Test Track presented by Chevrolet. That’s right, as early as this fall you’ll be able to enjoy a new version of the popular Epcot attraction that’ll allow you to design your own custom vehicle. Check Jennifer’s original story for details.

And did you see this? We went behind the wall and into Cars Land at Disneyland California Adventure park for a quick peek at what’s to come. This time Erin shared a look at the progress on Radiator Springs Racers and the area’s mountain range.

Here are some of the other stories we worked on during the first week of 2012.

Behind the Scenes: On Location as OneRepublic Makes Memories at Walt Disney World Resort – Learn more about the inspiration for OneRepublic’s hit song “Good Life,” the creative vision behind the new video and making memories at Disney Parks.

Behind the Scenes: ‘Cars’ Ramone Is Prepped for Disney’s Art of Animation Resort – Watch as Walt Disney Imagineers Ryan Parrish and Bill Hanus explain how they transform movie characters like Ramone of “Cars” into icons that guests will be able to interact with at Disney’s Art of Animation Resort, opening later this year at Walt Disney World Resort.

Disney Cruise Line Top Five: Exploring Skagway, Alaska – With all the natural wonders of Alaska, it’s hard to figure out just where to begin. Here are five things you won’t want to miss in the Alaskan port of Skagway.