We certainly had a busy week here on the Disney Parks Blog – with celebrity visits, special celebrations, and project updates to talk about.

One update came from George Kalogridis, President of the Disneyland Resort, who shared a look ahead for 2012, which included the much-anticipated debut of Cars Land at Disney California Adventure park.

Disney Cruise Line posted a great video of the “Top Five” family activities guests can enjoy aboard our cruise ships. 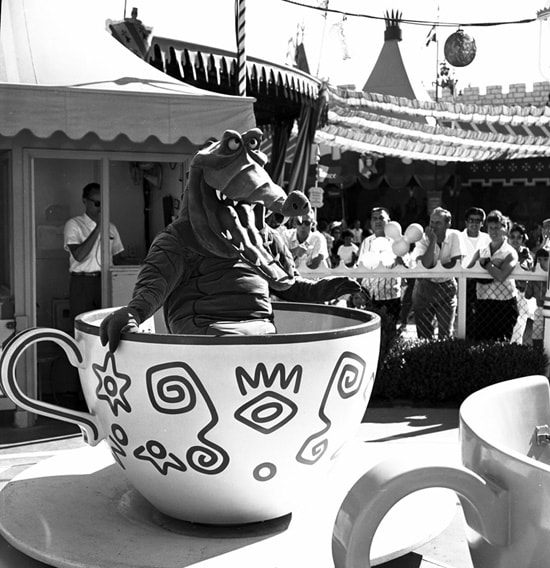 And speaking of fun, quite a few of you had a good time submitting captions for this week’s “Caption This” photo, a 1961 shot of Mad Tea Party at Disneyland park.

Check out some of the other stories we worked on this week.

Vintage Walt Disney World: Epcot’s Imaginative Disney Dragon – Since 2012 is the Year of the Dragon and Monday marks the Chinese New Year, we shared some cool photos of the Disney dragon Figment, who has been the mascot of the Imagination! Pavilion at Epcot since 1982.

Disney Parks Merchandise on the Horizon – Here’s a look at fun, new Disney Parks merchandise scheduled to hit the shelves later this year. Don’t miss out!