Disneyland Paris is turning 20 in a few months and you better believe they’ve got a special celebration in the works, including a new show with never-before-seen special effects. The team behind the new Disney Dreams Show told us that they’ve gathered the greatest technology from around the world to “wow” you and tell a story in a new way. Take a look at the plans. Water streams and the Disneyland Paris castle will become a canvas for the story during the new after-dark Disney Dreams Show. It’s being created by Imagineer Steven Davison and it’ll include lasers and other special effects and technical tools that have never been combined before at Disney Parks. 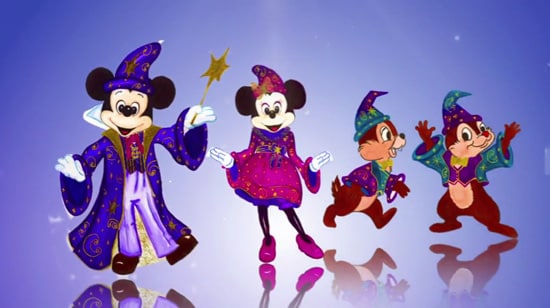 Mickey and Minnie and some of your favorite Disney characters will also have redesigned costumes when they appear in the new Disney Magic on Parade! The parade will begin with a tribute to Disney Magic and include new music, floats and choreography. Here’s a look at what to expect when the celebrations begin on April 1, 2012.