When the new Sorcerers of the Magic Kingdom game debuts at Magic Kingdom Park in February, it will be up to our guests to defeat Disney villains who are wreaking havoc through the theme park. 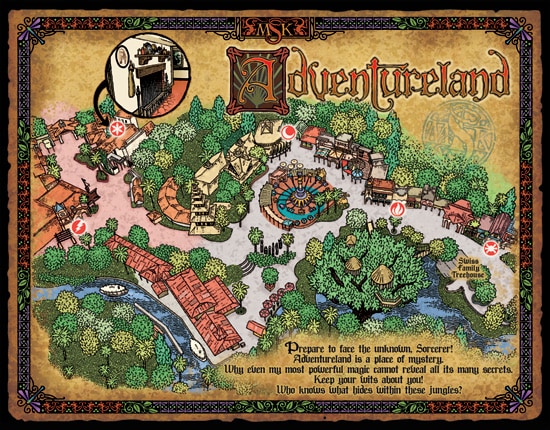 In this role-playing game, guests become Merlin’s apprentice sorcerers and embark on a quest to stop more than 20 Disney villains – including Hades and Cruella De Vil – from stealing one of the four shattered pieces of Merlin’s crystal ball. Armed with spells in the form of special cards, guests search for the magic symbols that lead them to villains’ hiding places in Adventureland, Fantasyland, Frontierland, and Main Street, U.S.A. Once there, apprentices use magic keys to reveal a villain’s hideout and use spell cards to stop them in their tracks.

According to the game’s developers, the cards really are the secret weapons of the game. There will be 70 different spell cards available and guests will receive five complimentary cards when they play. Each card features a different Disney character that offers a spell unique to him or her. Guests can use more than one card simultaneously, casting multiple spells at a villain at one time.

Some of the cards you may encounter include:

Sorcerers of the Magic Kingdom will debut in late February and is included in the cost of theme park admission.