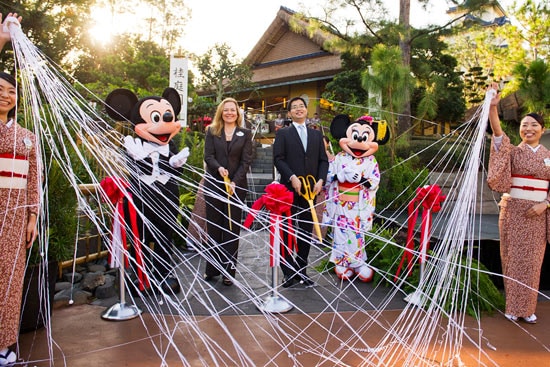 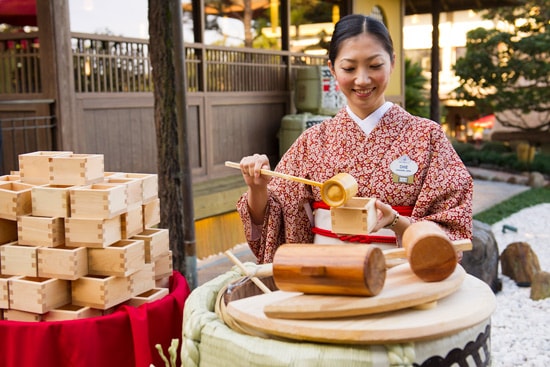 Following warm welcomes, everyone gathered in the gardens – inspired by the strolling gardens at the historic Katsura Imperial Villa near Kyoto, Japan – and inside the pretty new restaurant. Early-morning tempura, sushi and other Japanese small bites, and sake served in a ceremonial cedar cup were part of the festivities.

Have you tried the new menu? Tell us your favorites – we’re partial to the okonomi yaki, a sort of fried Japanese pancake made with veggies.