The President will appear at Magic Kingdom Park on official business to make a special announcement regarding U.S. travel and tourism before a crowd of invited guests and media. His visit will add him to the list of the few U.S. presidents who have visited a Disney park while holding office.

Here’s a look back at some of those historic moments. In November 1978, President Jimmy Carter became the first sitting president to visit a Disney park when he attended the opening session of the 26th World Congress of the International Chamber of Commerce meeting at Magic Kingdom. 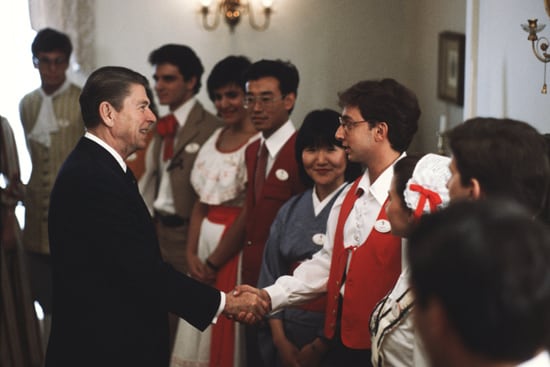 President Ronald Reagan made two visits to Epcot during his presidency. The first took place March 8, 1983, where he appeared at the park to address international students who would work at World Showcase. The President returned in 1985 to hold his second-term inaugural celebration at Epcot, which included a parade around World Showcase. 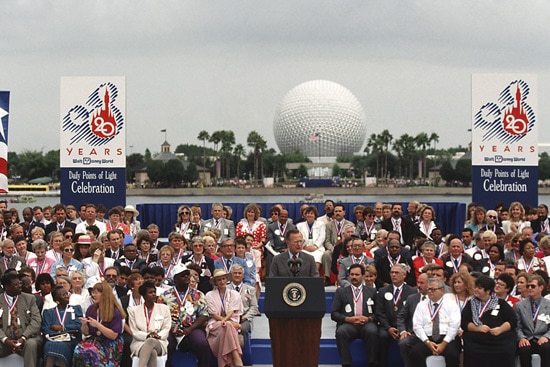 President George H.W. Bush also visited Epcot, where he presided over the first Points of Light ceremony honoring volunteers for their service work, at the America Gardens Theatre in 1991.

You can watch a live-stream of President Obama’s visit today at http://www.whitehouse.gov/live. Be sure to check the Disney Parks Blog later on for a recap of the event.