Vintage Walt Disney World: Under the Sea for 20 Years at Disney’s Hollywood Studios

This Saturday, Jan. 7, will mark the 20th anniversary of the opening of Voyage of The Little Mermaid at Disney’s Hollywood Studios. This 17-minute show invites guests to travel with Ariel underwater for the retelling of the Walt Disney Pictures classic animated movie, “The Little Mermaid.” Below is a photograph from the grand opening of the attraction with former Walt Disney World Ambassador Dawn Brogan and then Chief of Walt Disney Attractions Dick Nunis. 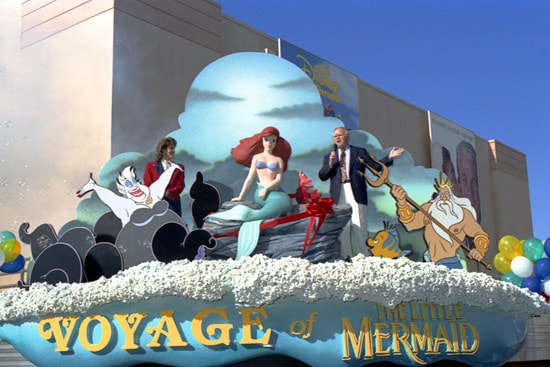 No matter how many times I’ve seen this show, I still can’t help but to smile and tap my toes when Sebastian and all his friends perform the Academy Award-winning Best Song “Under the Sea.” Plus, while they sing, the entire auditorium is filled with bubbles. And who doesn’t love bubbles?