Last Saturday, I got to spend the day doing one of the things I like best—outside enjoying nature right here at the Walt Disney World Resort. I participated, along with my fellow Disney cast members and their families and friends, in the 2nd annual holiday bird count at the Walt Disney World Resort and surrounding area organized by the Disney’s Animals, Science and Environment team. We counted an amazing 115 different bird species and over 22,000 individual birds! We were so excited to spot some rare bird species such as Florida scrub-jays, peregrine falcons, roseate spoonbills, red-headed woodpeckers, limpkins, buffleheads, and 17 bald eagles! But the biggest treat was seeing more than 5,500 American robins as they winter in Florida before they migrate north in the spring. 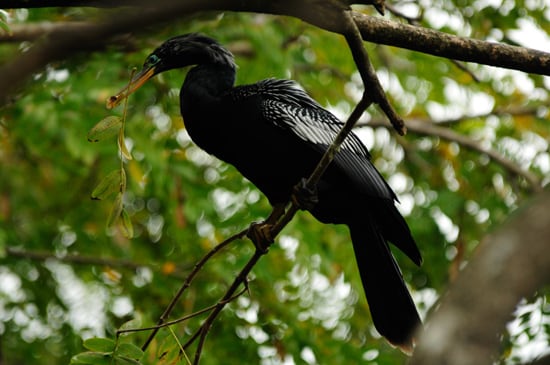 Guests had fun joining in, stopping – for example – to view a magnificent hawk perched high in World Showcase at Epcot, and lingering in the evening as they were leaving Disney’s Animal Kingdom to join us in watching white ibises, little blue herons, snowy egrets, and a variety of other birds return to an area near the Oasis to roost for the night.

See how many birds you can count in this video from the event!