I’m happy to start off the week by sharing a fun update on Disney’s Art of Animation Resort. 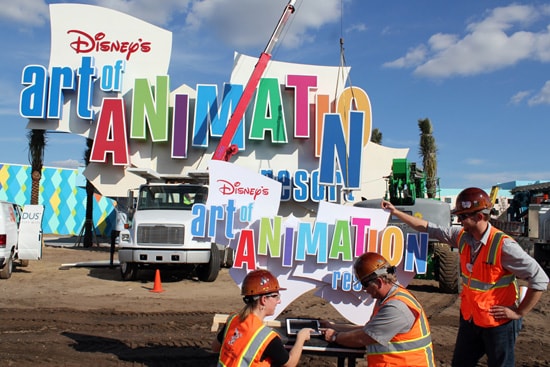 The photo, supplied by WDI, shows three layers of development the marquee went through in its creation – from digital design, to model, to full-scale installation.

Disney’s Art of Animation Resort, which will feature four wings dedicated to popular films Finding Nemo, Cars, The Lion King and The Little Mermaid, will open in phases beginning May 31.