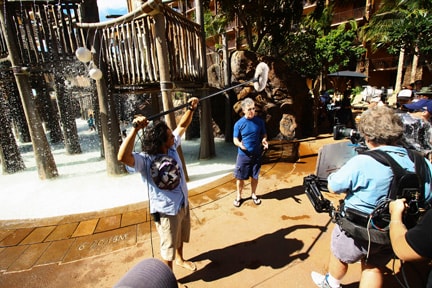 The fun of “America’s Funniest Home Videos” met the fun of Aulani, a Disney Resort & Spa, recently when AFV went on location at the Hawai`i resort. …and to join the dancers of the “Starlit Hui.” Looks like he had a great time! Aulani will be featured in two upcoming episodes of AFV, airing May 6 and May 13 at 7 p.m./6 p.m. Central.