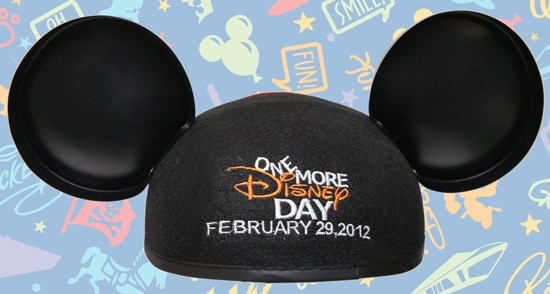 I’m looking forward to celebrating One More Disney Day on February 29. I plan to be in Magic Kingdom Park at Walt Disney World Resort that morning for this unique celebration. My fellow Disney Parks Blog author Erin Glover recently told you about a special ear hat being distributed that day at Disneyland park. Disney Theme Park Merchandise has created a few additional retail items to commemorate Leap Day 2012. 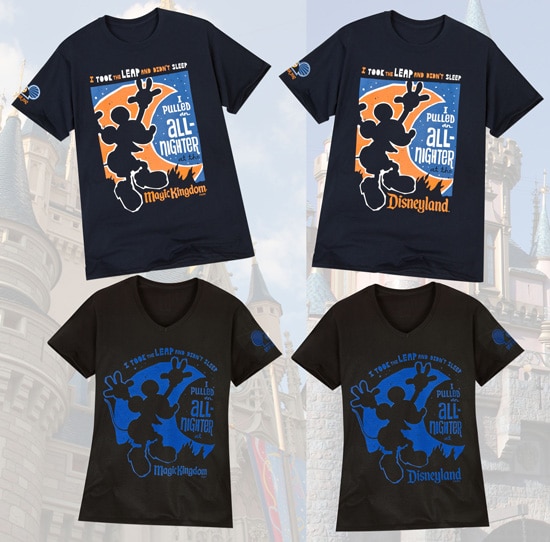 I think Disney ear hats are the quintessential souvenir from Disney Parks (everyone I know has one!). I still have my mouse ears from my first visit in July 1983. We are offering special embroidery on a classic black ear hat to celebrate One More Disney Day. These embroidered hats will be offered for sale at The Chapeau, Curtain Call Collectibles, and Sir Mickey’s at Magic Kingdom Park in Florida, and at the Mad Hatter shop in Disneyland park. 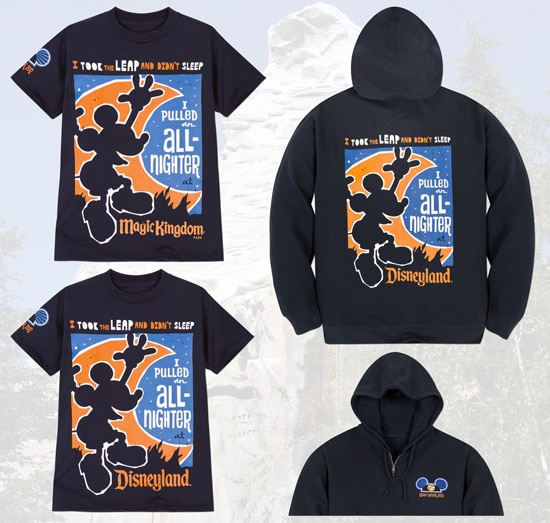 Artist Jeff Granito designed a playful logo that will be used on shirts for women, men and kids. The logo will also be found on a zipper fleece jacket created only for Disneyland Resort. The nice part is that these apparel items will also be sold via the Disney Parks Online Store from February 29 through March 1. Some of you may recall that we did a similar thing for the 40th Anniversary of Walt Disney World Resort last October. 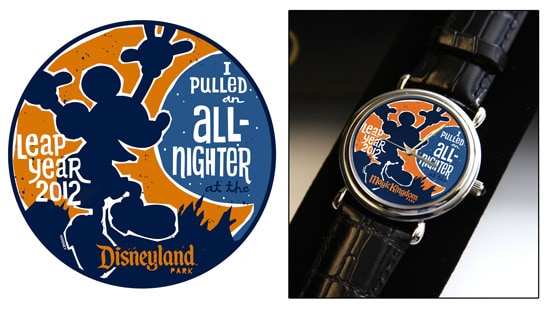 The Leap Day logo will also be found on an artisan watch that will be offered at New Century Jewelry in Disneyland park and Uptown Jewelers at Magic Kingdom Park in Florida.

Lastly (and probably my favorite), there will be delicious cupcakes, caramel apples and cake pops with the Leap Day logo being offered at both parks. You know what I will be eating on February 29.