Being fairly new to Disney Cruise Line, I wasn’t there when the first “block” or section of the Disney Fantasy was lowered into the building dock at the Meyer Werft shipyard, but I will never forget what an honor it was to be in Bremerhaven, Germany, today to witness Disney Cruise Line history, when we officially took possession of our fourth ship during a traditional maritime delivery ceremony onboard the Disney Fantasy.

Delivery is the final milestone in the ship’s construction journey and is particularly meaningful to everyone who has worked to bring the ship to life – no matter how long we have been on the project – and to the crew members who now call the Disney Fantasy their home.

Disney Fantasy crew members from all over the world, some who are new to Disney Cruise Line and some who have sailed with our other ships, joined the delivery celebration. Their enthusiasm could only be matched by Mickey Mouse and Minnie Mouse, who celebrated the occasion with (from left to right) Bernard Meyer, managing partner of Meyer Werft, Captain Wolfgang Thos, also from Meyer Werft, Captain Tom Forberg, and Karl Holz, president of Disney Cruise Line. 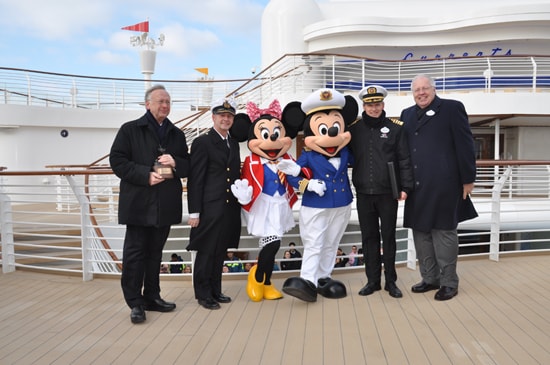 After 18 months of construction at the Meyer Werft shipyard in Papenburg, Germany, Disney took possession of its newest ship as we watched the Meyer Werft flag lower to the German national anthem and the Disney Cruise Line flag rise, transferring ownership from the shipbuilder to Disney. 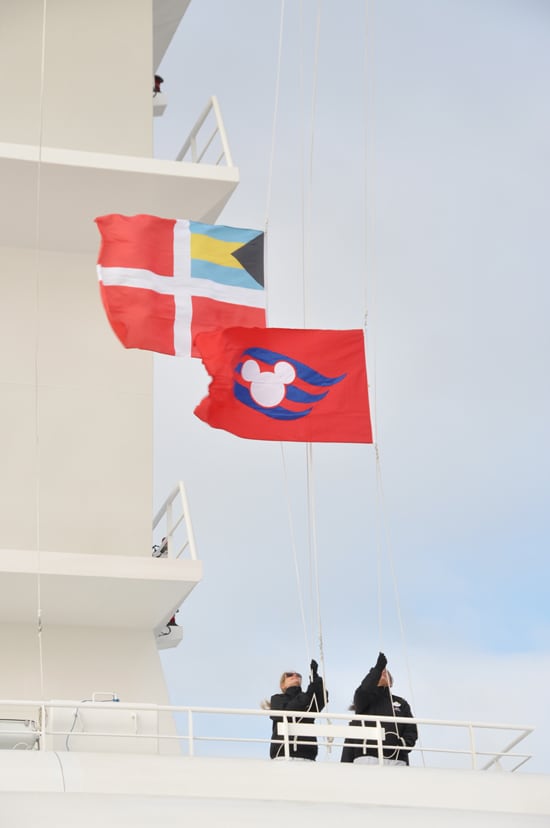 Captain Tom will take the helm of the Disney Fantasy for its voyage home, which begins February 16 and culminates in a March 6 arrival in Port Canaveral, Florida. As part of the Disney Cruise Line ship construction team, Captain Tom was responsible for launching Disney’s first three ships, the Disney Magic, the Disney Wonder and the Disney Dream.

Soon the Disney Fantasy will be ready to welcome guests on her maiden voyage on March 31. We can’t wait for guests to join us on this incredible ship and experience the magic themselves!