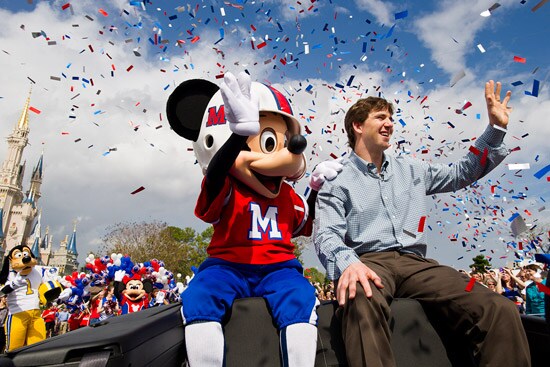 Just hours after Super Bowl MVP Eli Manning shouted those famous words – “I’m going to Disney World!” he was here at the Walt Disney World Resort joining Mickey for a grand parade down Main Street, U.S.A. And during his visit to Magic Kingdom Park, Eli answered some questions submitted by Disney Parks Blog readers and fans on Twitter. Check it out.

And did you hear, there are some new and exciting things coming to Downtown Disney District at the Disneyland Resort, including a new Earl of Sandwich. The new restaurant, which continues to have historical ties to the inventor of the sandwich, the Sandwich family, will be located adjacent to AMC Theatres. 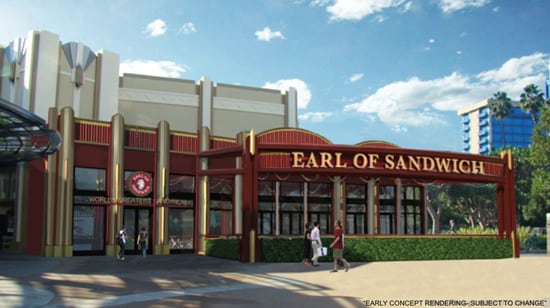 When the restaurant opens, it’ll be the only Earl of Sandwich in California. Check out our original story this week for more details.

Here are a few of the other stories we worked on:

Historic Relationship Continues with $5 Million Donation from the Disneyland Resort to Children’s Hospital of Orange County – Fifty-two years after Walt helped secure donations for the hospital’s first building, the Disneyland Resort announced a charitable contribution of $5 million toward CHOC Children’s fundraising goals for their newest building!