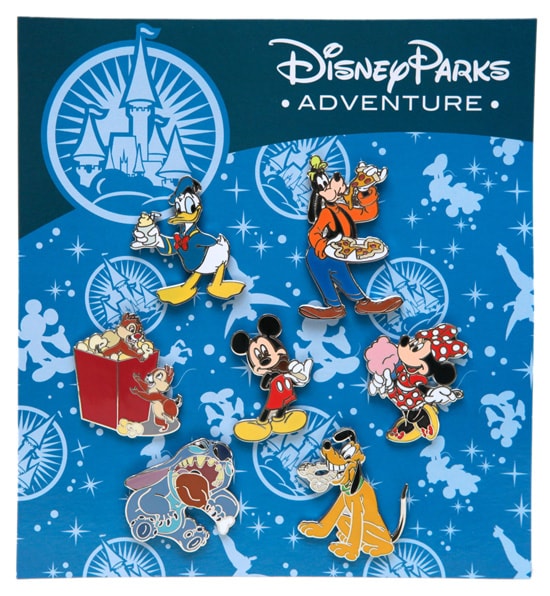 One of the more popular questions I’m often asked on the Disney Parks Blog is “Can I buy it online?” I also do most of my shopping online these days, so I’m not surprised when asked. The great news is that we have an online store that offers a variety of Disney Parks merchandise. This past January we released the first set in a series of online exclusive pins. This isn’t the first time we’ve introduced online-exclusive pins inspired by Disney Parks. We tried this concept way back in 2004 with a series of limited edition pins. These new items are slightly different as they were designed with new pin traders in mind.

“We wanted pins that new pin traders at Disneyland Resort or Walt Disney World Resort could only find on the Disney Parks online store,” explained Jeanne Lewis, developer for Pins. “The first item we released was a pin trading starter set and we have a few additional items planned for this year.”

I was directly involved with Disney Pin Trading for seven years so I know that it’s a fun activity to do when visiting Disney. A pin trading starter set is an easy way to begin trading as it contains a lanyard with a certain number of pins. For this online set, Adrianne Draude designed eight pins of attractions found at Disneyland Resort and Walt Disney World Resort. 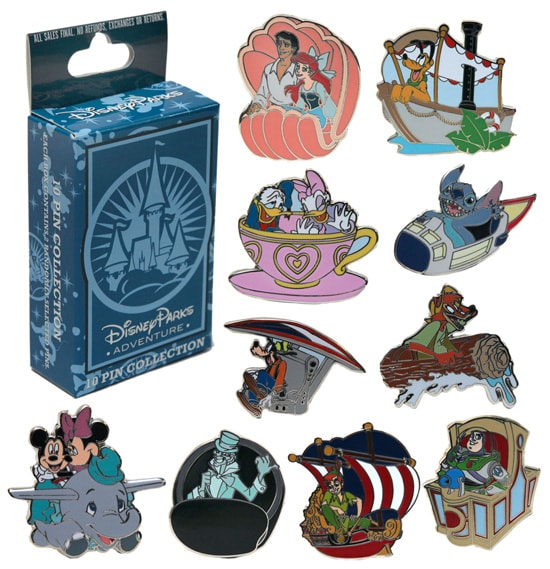 The entire online collection is called “Disney Parks Adventures.” My favorite multi-pin set is the Disney characters enjoying iconic food items from Disney Parks (yes – another turkey leg pin!). There will also be a mystery set containing 10 pins of characters in various ride vehicles. Julie Young, developer for Pins, said that mystery collections are an easy thing to collect.

“We first introduced mystery collections in late 2004,” explained Julie. “These collections contain a finite number of pins which gives a new trader something to search for when trading at Disney Parks.”

To round out the collection, Jeanne created a series of pins that will be released throughout the year via the online store. When placed side by side, the pins will form a picture of characters enjoying Main Street, U.S.A.

While it’s easy to get started trading, I would love to hear your tips on how to make great trade.