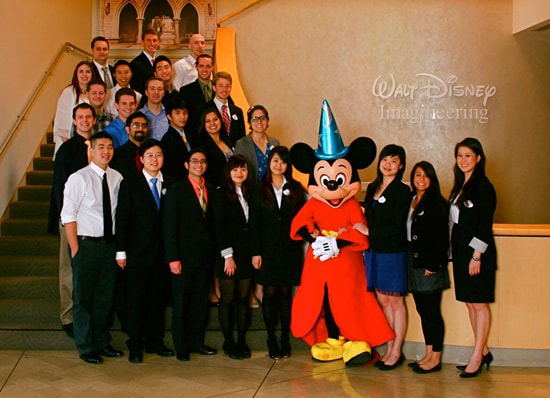 Our friends at Walt Disney Imagineering recently wrapped up their annual ImagiNations Design Competition and they have a winner: a North Carolina State University team with a unique story to tell.

Every year, college students from around the country are challenged to conceive and propose a new Disney theme park, attraction, restaurant, resort hotel, product or other themed entertainment experience. For the first time ever, participants were given a specific scenario around which to build their project: “How would Disney entertain humans living on the moon in the year 3011?” Note: This program is a limited exception to Disney’s policy of not accepting unsolicited ideas, and the goal is to encourage participants to exhibit their creative, technical and collaborative skills rather than produce plans for actual development.

The winning North Carolina State University team presented The Mind of Molly Mouse — an interactive adventure that tells the story of a descendant of Mickey Mouse. Judges declared the project “inventive and different” and “a great approach to diversity.”

Second place went to students from Carnegie Mellon University for Create the Night, a nighttime spectacular set in an underground lunar city. And a team from Utah State University took third place with a project called Disney Cruiseline: The Oneiro, a guided tour company that explores the solar system.

The top three teams took home trophies and cash prizes, and all finalists, regardless of how they placed, had the opportunity to interview for paid Disney internships.