If you’re a soccer fan, you’re going to love this event. The third annual Walt Disney World Pro Soccer Classic kicks off at ESPN Wide World of Sports Complex on Friday and it’s one of those rare opportunities to see pro soccer in a more intimate and up close setting than at a cavernous stadium where they normally play games. 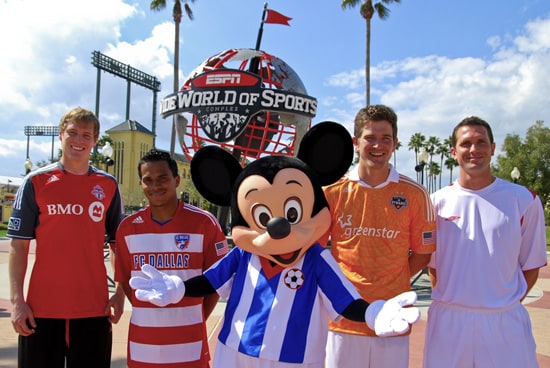 This pre-season event starts Friday with an MLS Eastern Conference rematch between Houston and Sporting KC – the first time the two have faced each other since last season’s playoffs. The championship game is Saturday March 3 at 8 p.m. Tickets can be purchased at all Ticketmaster outlets and at the sports complex box office.

If you can’t make it out to the sports complex for the games, check out the action online as all games will be streamed live on MLSsoccer.com except for the championship game which will be shown on ESPN3.com, ESPN’s new broadband channel.