Moms Panel Monday: Who Runs the World? Princesses, of Course!

As a tiara wearing mom, I tell my daughter that there is more to being a princess than nice clothes, jewelry and a cute guy (although those ain’t bad!). Princesses must be smart, strong, fearless, and sometimes fight for themselves and those they love. Mulan led an army, Jasmine broke tradition and entered a whole new world, and Tiana started a business. So running 13.1 miles is not even a challenge for any true pinkblood! 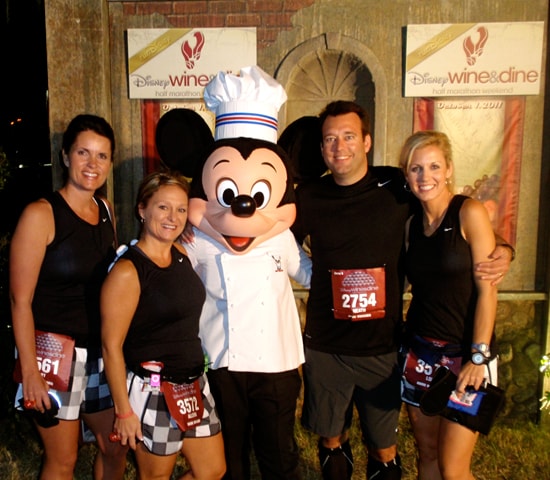 In just a few days, thousands of princesses will travel here to the Walt Disney World Resort to embark on a regal journey during Disney’s Princess Half Marathon Weekend February 24-26. Among those running is our very own Walt Disney World Moms Panelist and runDisney specialist, Lori Lovell.

As Lori’s completes her fifth runDisney half marathon this weekend, she shares that getting her whole family involved in physical fitness fun helps her stay motivated.

“When I first signed up to run in a marathon at Disney, I wasn’t a runner,” she says. “But I quickly realized what a great thing this would be for us to do together as a family. My sons, who are eight and 11 years old, take part in the kids’ races and it means so much to see them out there cheering me on too.”

For Lori, being fit is about setting an example for her family and having fun doing so, especially if it includes a trip to Disney Parks along the way. “It promotes activity for my sons, and I hope this will inspire them to be active,” she says.

Lori says that while running in marathons and half marathons may seem overwhelming at first, starting off easy is key. “There is a quote I love from Jeff Galloway, who helps people train for runDisney events, that says the momentum of putting one foot in front of the other is more important than the pace,” she shares. “That is always very inspiring to me.”

I ran my first half marathon after turning 29 years old two or three times. OK. Seven times. It was at the Princess Half two years ago. Running under the finish line, I choked up thinking about my own princess and wondered if achieving this goal would be a good example to her. There were also tears for the Dooney & Bourke purse I promised myself if I finished.

Any running princesses out there? Let Lori and I know your Disney stories below!