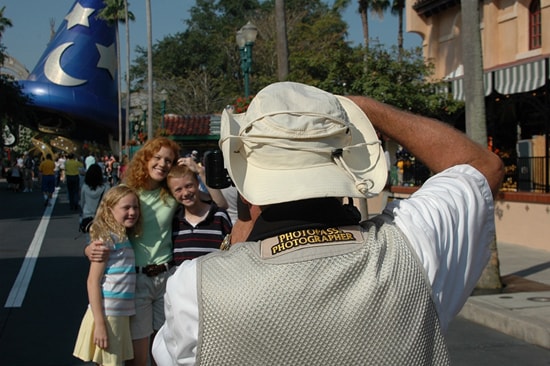 Being part of a team that snaps an average of 300,000 photos a day, you would think there isn’t any time left to actually be a part of those memories – but that’s not the case for Disney PhotoPass photographers. Doug Fey, guest service manager for Disney PhotoPass, was recently reminded that taking photos is just a small part of the magic created by photographers every day.

While waiting in line to pay for his groceries, Doug was approached by a gentleman who asked, “Do you work with PhotoPass?” Doug remembered taking a photo with their camera and explaining PhotoPass, pointing to the next photographer up Main Street, U.S.A. and proclaiming, “That’s the best photographer at Walt Disney World Resort right there!” The gentleman, whose son has Down syndrome, quickly began telling Doug about all the poses the photographers had his son make while his son was in the background proudly recreating them. Doug started explaining that photographers are trained to do this, but he was cut off by the father who said, “You don’t understand, my son is not like that. He’s an introvert. It takes a week to get him to be comfortable with a relative and your photographers drew him out, making him feel so special that all he wanted to do was pose for the camera all day.”

Doug was touched by this encounter and the following morning thanked his team of photographers. I would like to thank Disney PhotoPass photographers too for making memories like this happen.