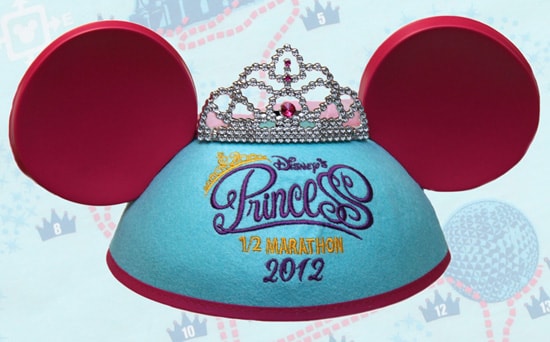 A few weeks ago my fellow Disney Parks Blog author Michelle Harker gave you a first look at some merchandise created for the Inaugural Tinker Bell Half Marathon held at Disneyland Resort. The article sparked a lot of interest, so I figured I would share a first look at some of the merchandise we’ve created for the upcoming Disney’s Princess Half Marathon weekend being held Feb. 24-26 at Walt Disney World Resort. 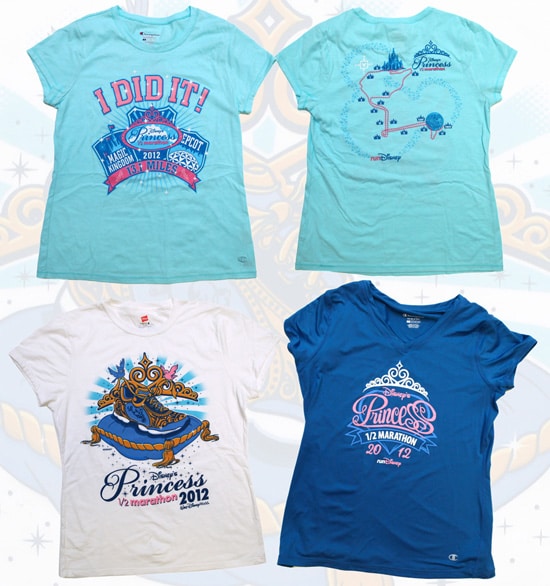 One item that caught my eye was the “I Did It!” shirt which contains a map of the course on the back. I also liked the shirt that contains the running shoe on a pillow logo. John Smith, product developer for Sports Merchandise, told me the logo may look familiar to runners.

“The logo with the running shoe on the pillow has been used on collateral and signage for a few years,” explained John. “We liked the logo so much that we gave it some new colors and added it to merchandise.” 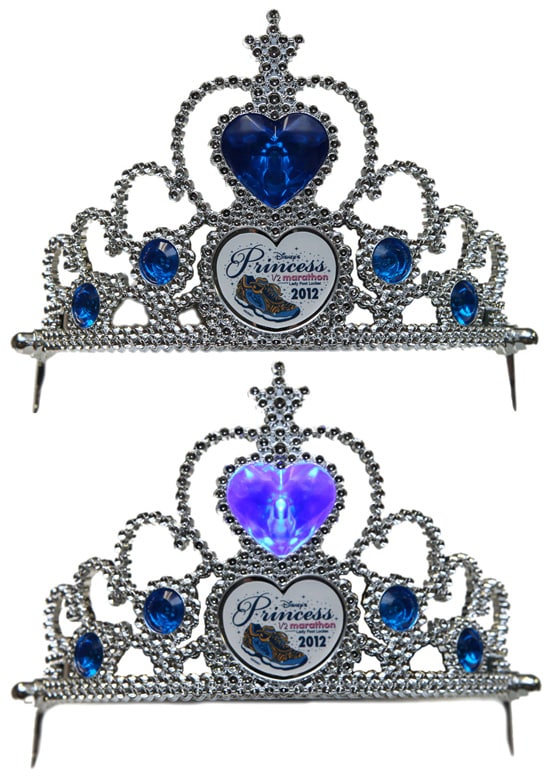 John also added a light-up tiara to the mix this year which also contains that shoe pillow logo. The tiara will have an on/off switch and several of the blue jewels will light up when activated. Some of the most anticipated items will be new Dooney & Bourke items that have a Disney Princess theme. There will be a tote, cross-body bag and a wristlet. Similar to the bags released for the Tinker Bell Half Marathon, there will be a specially designed medallion attached to the tote and cross-body bag.

These items and others will be released at the Disney’s Fit for a Princess Expo starting on February 24 at the ESPN Wide World of Sports. Good luck to all of the participants! I can’t wait to see photos.