Sights & Sounds at Disney Parks: Ducky and ‘Lady and the Tramp’

The story of Don Williams might as well be a Disney movie. 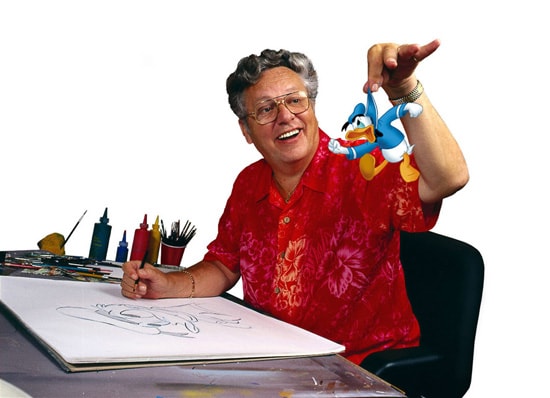 “Once upon a time, in a place called Springfield, Massachusetts, there was a young lad named Don Williams, who loved Disney Characters and animated films. His grandmother, who also loved cartoons, bestowed upon him the nickname ‘Ducky,’ for she loved cartoons.

Ducky wished upon many stars, in hopes that someday, somehow, he might actually work for The Walt Disney Company. Well, years went by and soon Ducky was a fine young man. But he fell under the enchantment of banking, becoming a Springfield bank vice-president rather than a Disney artist—though he delighted bank patrons with his annual gallery of superbly rendered Disney Characters and scenes.

One day, Ducky decided to break the enchantment and left the bank for Walt Disney World Resort in Florida. But many more years passed as Ducky took jobs in and around the theme parks while pursuing a career in the marketing art department. When his opportunity finally arrived, Ducky was given 90 days to prove himself.

Over thirty years later, Don “Ducky” Williams is the one and only senior character artist at what is now known as Disney’s Yellow Shoes Creative Group. In his remarkable career, he has created thousands of artworks for advertising campaigns, best selling books, online messaging and television programs. And as one of the most beloved Disney Cruise Line onboard presenters, Ducky is sharing his lifelong love of Disney with thousands of fan…all of whom are surely living happily (and Duckily) ever after.” 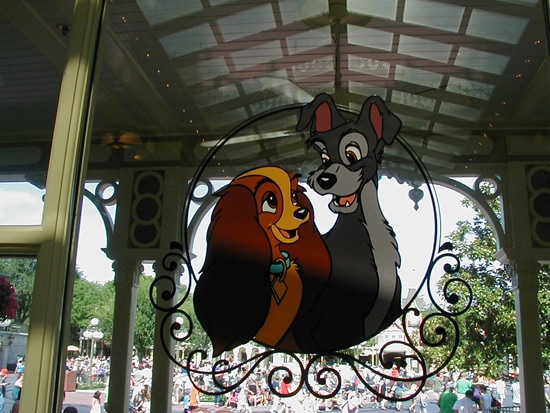 Every day, as guests pass through any one of the Walt Disney World Resort road entrance arches, they see Character art created by Don “Ducky” Williams. And at Magic Kingdom Park, Ducky’s artwork adorns the walls (and some windows) of Tony’s Town Square Café. Ducky tells us he had fun creating all the art, but he probably had the most fun doing the painting of that “sssssilly” Beaver with Lady and Tramp.

So, now when you’re enjoying the new Diamond Edition of Walt Disney’s “Lady and the Tramp” on Blu-ray and DVD, you’ll also be watching the same film upon which Ducky himself was inspired—as a youth in 1955, then again decades later, studying scenes to create the Tony’s Town Square Café artwork—and today, finding it as fresh and delightful as ever, in breathtaking high definition on Blu-ray.

Likes (1)
Share Sights & Sounds at Disney Parks: Ducky and ‘Lady and the Tramp’