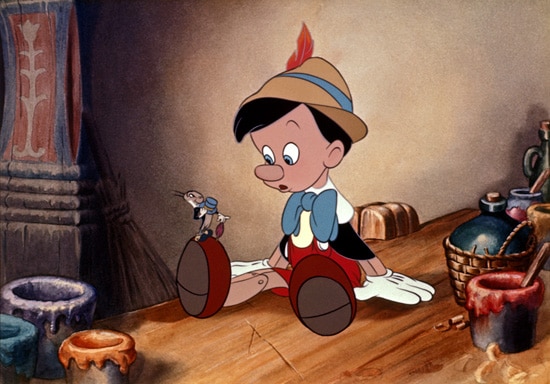 The story of a wooden puppet who becomes a real boy captured the hearts of moviegoers, and introduced Pinocchio, Geppetto, the Blue Fairy and Jiminy Cricket who are now often seen in our theme parks. (Can you even imagine Wishes without Jiminy as the narrator?) 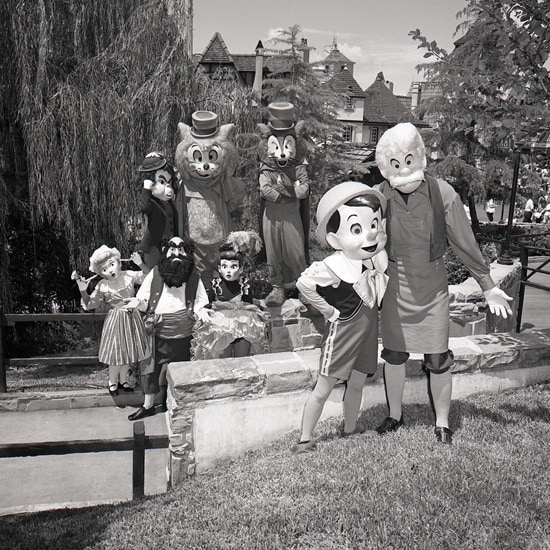 In August 1978 at Magic Kingdom Park, Pinocchio and Geppetto along with Stromboli, Lampwick, Gideon, J. Worthington Foulfellow and the marionettes posed together in Fantasyland.

While Stromboli and Lampwick are not often seen around the Disney Parks, if you do ever run into them just remember Jiminy’s advice and “always let your conscience be your guide.”