After telling the world Sunday night after the Super Bowl that he was coming to Walt Disney World Resort, New York Giants quarterback Eli Manning did just that today. 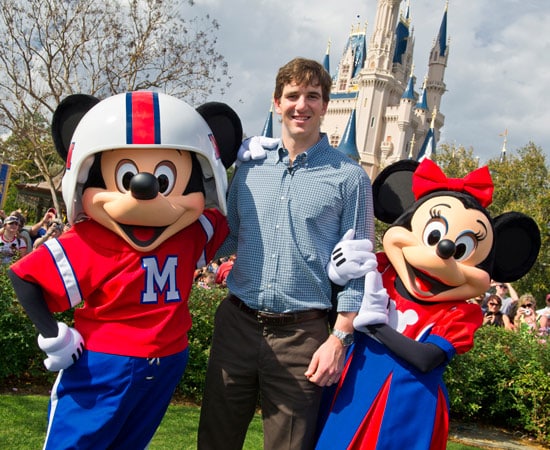 Manning flew here straight from Indianapolis and arrived at the Magic Kingdom Park where he celebrated the Giants’ super victory with a grand parade down Main Street, U.S.A. Afterward he played around with Mickey and Minnie and some NFL Youth players. If you didn’t catch a glimpse of him, here are some photos from his visit this afternoon.