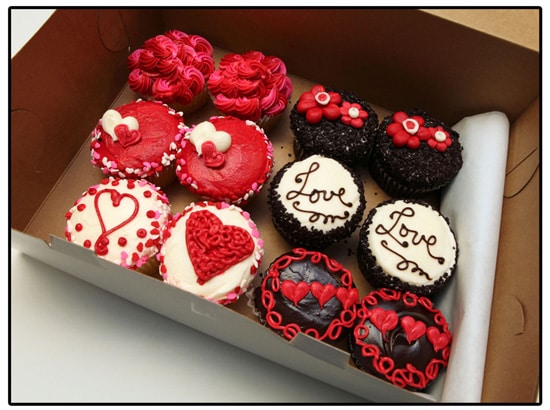 I know it will be a great conversation when Patrice Guy, product developer for Consumables, stops by my office. She recently appeared at my door and asked, “How would you like to photograph some treats?” I think I proved a person can travel faster than the speed of light as I grabbed my camera. Patrice wheeled over a cart full of Valentine’s Day treats that were recently introduced at Disney Parks. We talked about this year’s selection.

“We have a few familiar favorites,” said Patrice. “One new item is the Mickey Mouse-shaped sugar cookie. I also love how the cupcakes turned out. They are colorful, bright and delicious.”

Patrice wasn’t joking – they are delicious (of course, I had the tough assignment of trying one after the photo shoot). This year, you will also find elaborately decorated, Mickey Mouse-shaped Rice Krispies treats (yes, add them to the delicious column). Patrice explained that she works closely with the operations teams when creating these items at Disney Parks. 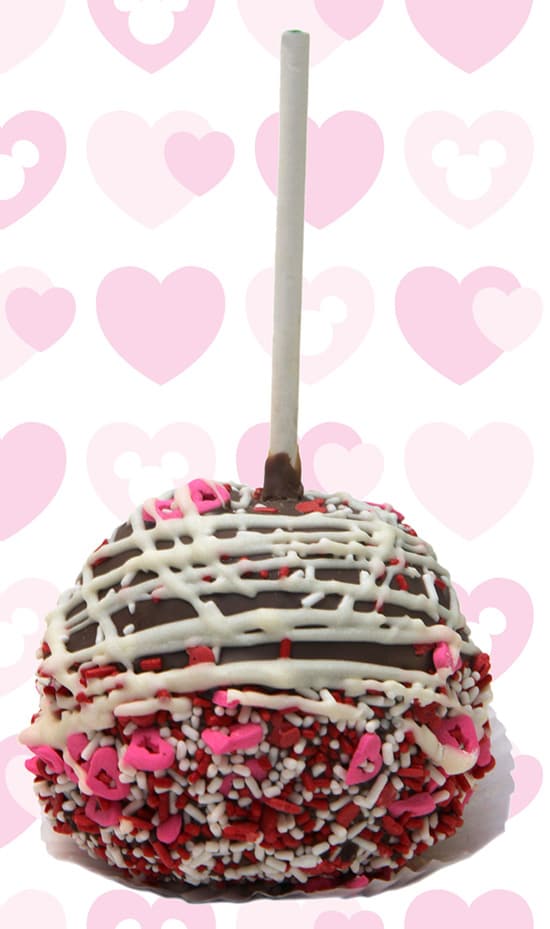 “I believe in collaboration,” explained Patrice. “I work closely with the operations teams in the various show kitchen locations. They love trying new things and find ways to step up their game. I think their direct experience with our guests helps create better options. Plus they like to have fun with the creations.” I think the chocolate covered strawberries were my favorite (I’ve been a fan of them for years, especially from Karamell-Küche in Germany Pavilion at Epcot.

These and other treats are offered at a variety of locations including Marceline’s Confectionery at Downtown Disney District in California; Goofy’s Candy Company and Candy Cauldron at Downtown Disney in Florida; Beverly Sunset Sweet Spells at Disney’s Hollywood Studios; and the Main Street Confectionary at Magic Kingdom Park.

Patrice said that assortment will vary by location which sounds like the perfect excuse for a confectionary world tour. Who wants to join me?