A Personal Look Back: When Major League Baseball Came to the Mouse House

As you read in Darrell’s post, 15 years ago, a new era was launched at Disney Parks when Disney’s Wide World of Sports Complex opened at Walt Disney World Resort. To answer the question Darrell posed in his post, I was fortunate to attend the game and watch the Braves and Reds play under the stars. I was asked to jot down some memories that stuck with me from the event — an event dubbed a “Grand (Slam) Opening.” 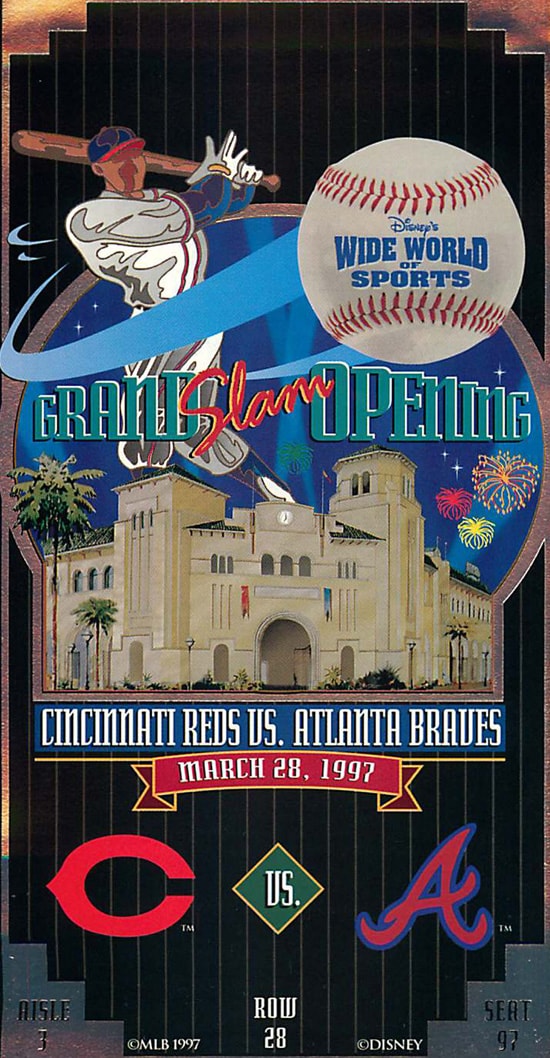 Even though I was working that evening, I was excited as any sports fan as I walked into the pristine stadium. I bent down and touched the grass in front of the dugout and was instantly reminded of my own Little League days. 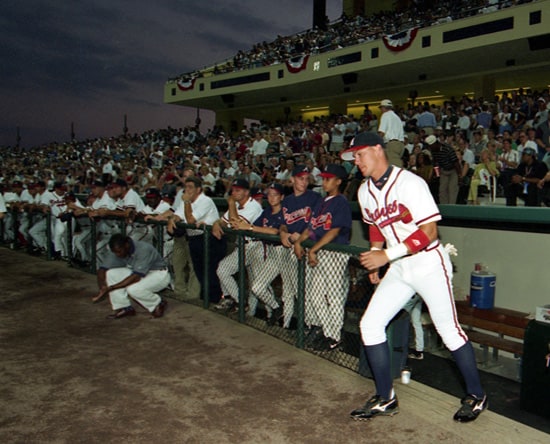 I was one of the PR cast members assigned to gather quotes to provide to visiting news media in the press box. I remember talking to legendary Braves manager Bobby Cox in the dugout. I listened as he likened the facilities to a brand-new luxury automobile about to be driven for the first time. I heard the crack of a bat and looked behind me to see Braves star Chipper Jones (pictured above during the evening’s introductions) fielding ground balls right outside the dugout. I remember talking with Braves starting pitcher Greg Maddux as he warmed up in the bullpen. Soon, skydivers descended onto the field and fireworks filled the night air. It was time to “Play Ball.” 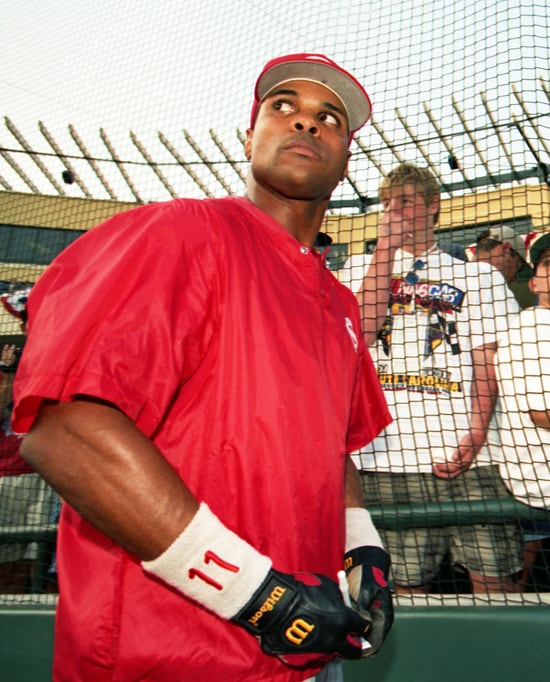 Fifteen years later, a lot has changed. Cox and Maddux, both future Baseball Hall of Famers, have retired. McGriff, who hails from nearby Tampa, also has retired. Sanders was enshrined into the NFL Hall of Fame in 2011. The Reds shortstop in that 1997 game, Barry Larkin (pictured above, prior to the inaugural game), will be inducted into the Baseball Hall of Fame this summer. And just last week, Chipper Jones announced his retirement at the very same stadium he helped open 15 years ago.

The biggest changes, though, have come with the growth of the sports complex. Now known as ESPN Wide World of Sports Complex, there are more sports, more fields and courts, more athletes and more competitions than ever before. Athletes of all ages come every year to “play at the next level.”

I can only imagine what memories young athletes have when they train and compete at the 270-acre facility. For me, my greatest memory was 15 years ago as I watched the boys of summer first play in Mickey’s backyard.

If you were at the Grand (Slam) Opening in 1997, be sure to let us know in the comments.

Likes (0)
Share A Personal Look Back: When Major League Baseball Came to the Mouse House