It’s no secret that we’re excited for the March 1 christening of our new ship, the Disney Fantasy. In fact, we’re so excited that we’ve decided to share that joy with some of the local community, especially the New York area Boys & Girls Clubs.

After the ship pulled into port, Karl Holz, president of Disney Cruise Line, was joined by several Disney VoluntEARS and Captain Mickey Mouse where they surprised the children at the Frederic Douglass Academy Clubhouse in New York City with a $100,000 donation to support the New York area Boys & Girls Clubs. 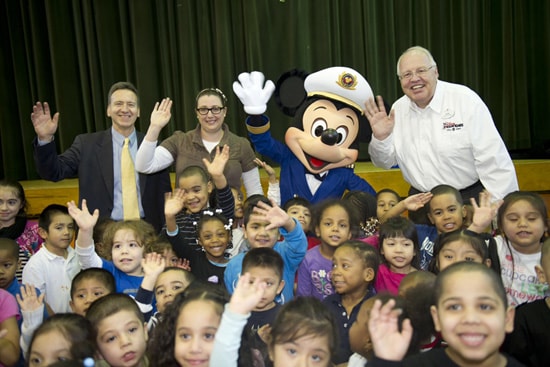 The donation will help fund programs at Boys & Girls Clubs throughout New York City that teach children character and leadership, develop life and health skills and expand their creativity and cultural awareness through the arts. 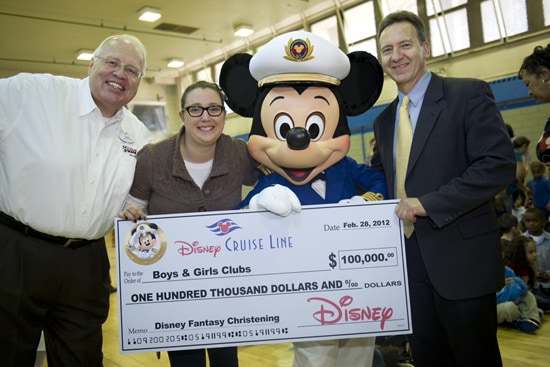 The Boys & Girls Club and Disney share similar values, in that we both champion the happiness and well-being of kids, as well as inspire them to make a lasting, positive change in the world.

Be sure to check out posts by fellow Disney Cruise Line bloggers and my friends Jason Lasecki and Jonathan Frontado as we get ready to christen the ship.