Tomorrow, the fifth annual Disney’s Dreamers Academy with Steve Harvey and Essence Magazine will kick off when 100 students from across the country descend on the Walt Disney World Resort to take part in a weekend full of education, inspiration and fun! The weekend starts with the teens – referred to as “Dreamers” – being honored with a parade on Main Street, U.S.A. This special group was selected from among nearly 5,000 applicants to take part in this once-in-lifetime opportunity. 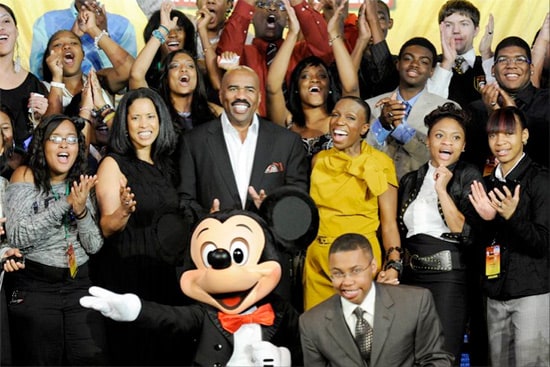 Over the course of the four-day program, Dreamers are encouraged to dream big, discover a world of possibilities and get a jumpstart on their dreams and goals. Activities include career-specific workshops, inspirational and informational sessions with notable professionals and celebrities, networking events and, of course, some fun in the theme parks. 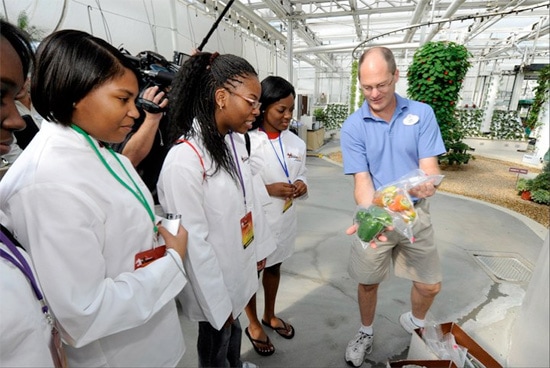 To honor the 5th anniversary of the program, one Dreamer from each of the past four years has been invited back to share their insights with this year’s group. Each has already made significant strides towards their dreams: Tevyn Cole (’08) is an entrepreneur with his own T-shirt company; Taylor Thomas (’09) is a cast member with the Disney College Program; Nikki Dawson (’10) was a contestant on the first season of NBC’s The Voice, and Princeton Parker (’11) is a communications major at the University of Southern California and a regular contributor to the national news web site, The Huffington Post.

While the weekend is an unforgettable experience for the select 100, you too have the chance to be part of the 2012 Disney’s Dreamers Academy and hear from some of the inspirational speakers and celebrities. Like Disney’s Dreamers Academy on Facebook and follow on Twitter (hash tag #DDA2012) to see daily recap videos, photos and live updates. For more information on the program, visit www.DisneysDreamersAcademy.com.