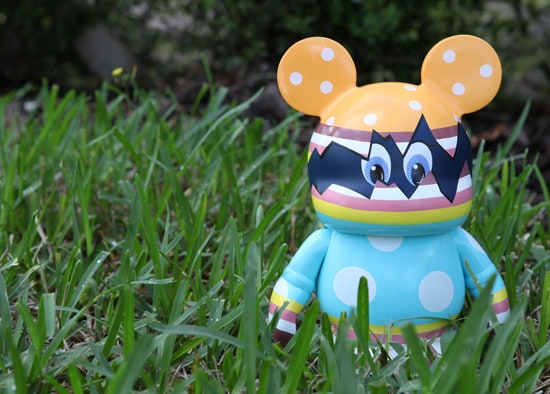 Some of my earliest childhood memories are about receiving a basket of goodies from the Easter bunny. There was a good mix of chocolate (yes!) along with other small items like toy cars, clothes and a children’s record album which I still own. With the Easter holiday only a few weeks away, I donned a pair of bunny ears and hopped around Disney Parks Merchandise looking for items to fill this year’s baskets. I found two common themes – eggs and bunnies. 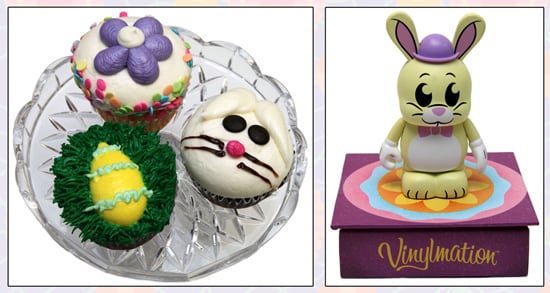 Eggs and bunnies were also a theme for the consumables team, who introduced delicious cupcakes this year. Look for them, along with bunny- and egg-shaped sugar cookies, in locations such as the Main Street Confectionery in Magic Kingdom Park or Marceline’s Confectionery in the Downtown Disney District at Disneyland Resort. 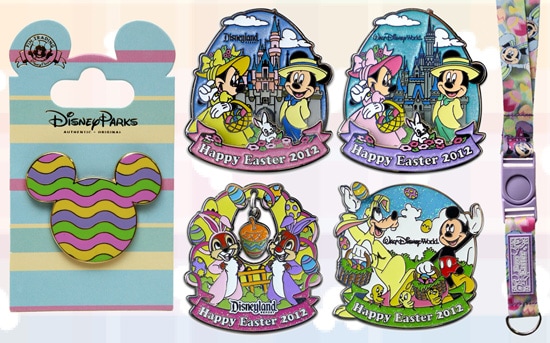 A small assortment of pins were released for the Easter holiday, including a new Mickey Mouse icon made to look like a painted egg. I also like the deluxe lanyard with sublimated printing which, not surprisingly, contains bunnies and eggs.

There are a few items that won’t arrive until later this year (I thought you’d enjoy a first look at them). Similar to the St. Patrick’s Day ornament I previously discussed, there will be an Easter ornament coming this summer. The ear hat ornament stars Thumper and was designed by Derrick Lirette, a professional intern with Disney Design Group. Thumper will also be found on a new shirt arriving this August at Disney Parks.

Finally, I learned the “Hop and Drop” program I discussed last year is returning to Walt Disney World Resort hotels in Florida starting April 1. (Special thanks to Summer Figueroa, a retail manager at Disney’s Caribbean Beach Resort, for the tip!)