Finally, the Dole Whip Shirt Has Arrived at Disney Parks 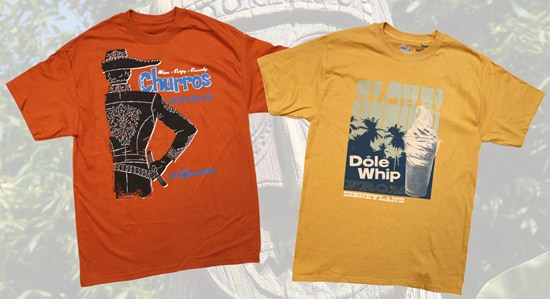 I’ve had a long time obsession with the Dole Whip. I’ve enjoyed many of them while visiting Walt Disney’s Enchanted Tiki Room at both Disneyland and Walt Disney World Resort. I know I’m not the only one who loves a Dole Whip (or pineapple float or the amazing citrus swirl). I spoke with Disney Design Group artist Casey Jones about a newly released shirt featuring this heavenly treat.

“I think everyone I know loves a Dole Whip including me,” exclaimed Casey. “That is probably why I’m excited to see the release of [the Dole Whip] shirt. We used the success of the turkey leg shirt released last year as inspiration for a new collection of retro-style shirts.”

Besides the awesome Dole Whip, the softlines team also created a shirt based on another Disney Parks favorite – churros. Casey enlisted the help of the talented artist Richard Terpstra to design both shirts.

“Richard has a great eye for retro design,” said Casey. “I let him run with both the Dole Whip and churros designs. He actually created a few different versions of Dole Whip shirts including one that had a tiki drummer. The design for the churros shirt was based off a poster from the Casa de Fritos restaurant that opened in 1955 at Disneyland park. I love how Richard captured a cool retro vibe!” 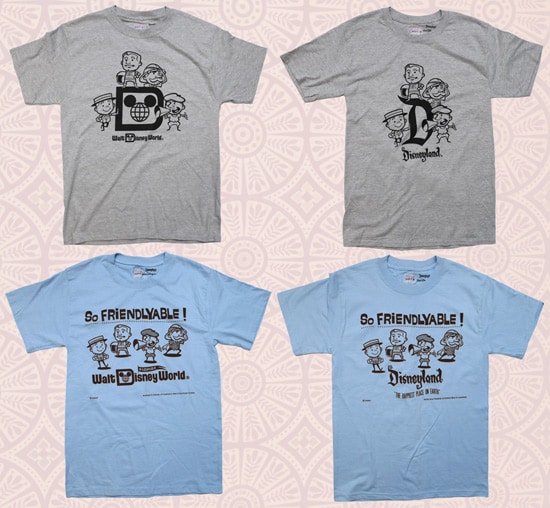 Two other shirts were inspired by 1960s newspaper advertisements for Disneyland. These shirts feature specially designed characters that were inspired by the four theme parks found at Walt Disney World Resort and the various themed lands found in Disneyland park. I think my new favorite word is “friendlyable.” Disney Design Group Artist Doug Strayer and Richard Terpstra assisted with the designs. 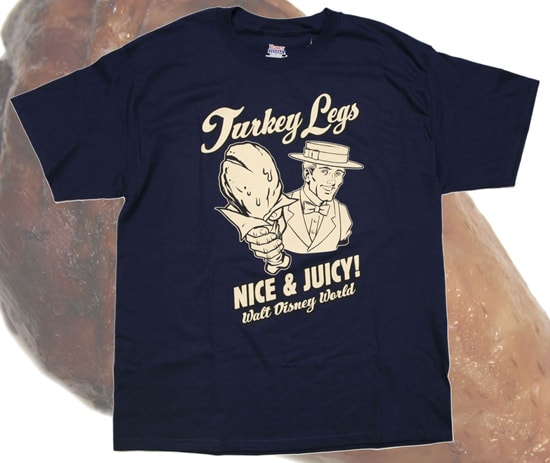 Casey told me that a video shown at the D23 Expo last September inspired a new turkey leg shirt.

“There was a video shown at the D23 Expo featuring Tom Staggs, the chairman of Walt Disney Parks and Resorts,” said Casey. “In the video, Tom worked as a cast member in many different roles including someone who sold turkey legs. As he presented the camera with a turkey leg, he said, ‘Nice and juicy.’ We immediately knew we found our tagline.” 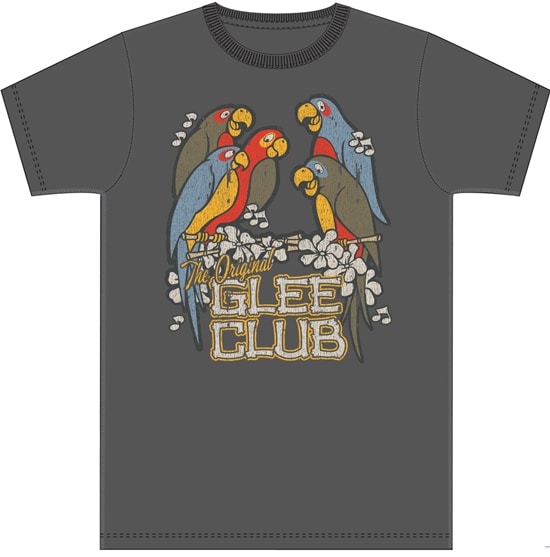 Speaking of taglines, I almost forgot – it’s time to wake up the glee club (this one is coming soon!).