Live 2 Dance in the Downtown Disney District with ‘Shake It Up’!

There’s so much taking place this month in the Downtown Disney District at the Disneyland Resort. So what else is shaking? Well I’m glad you asked because this next event is bound to “shake things up” quite literally! On March 24, Bella Thorne and Zendaya from the cast of Disney Channel’s “Shake It Up,” will make a special appearance at Studio Disney 365 as we celebrate the release of the new “Shake It Up: Live 2 Dance” soundtrack. 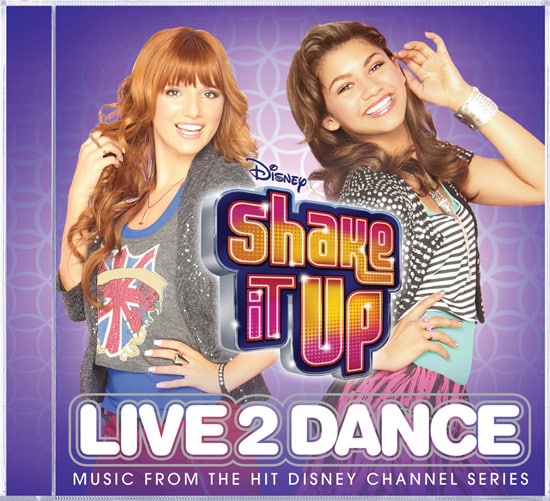 Also on March 24 at Studio Disney 365, Bella and Zendaya will participate in a Q&A hosted by Radio Disney On-air Personality Jake, giving them the opportunity to answer some of their fans’ most-requested “want to know” questions. Following the Q&A, Bella and Zendaya will take part in a special CD signing as we celebrate the release of the new “Shake It Up: Live 2 Dance” soundtrack from Walt Disney Records.

Here’s How It Works!

Purchase a “Shake It Up: Live 2 Dance” CD or “Shake it Up” tee shirt at Studio Disney 365 in the Downtown Disney District at the Disneyland Resort beginning Saturday, March 24 at 8 a.m., while supplies last, and receive a voucher to return for the signing experience. Limit ONE (1) voucher per guest.

Limit TWO (2) items signed per guest. We ask that you bring no personal items to be signed. Appearances are subject to time and availability and are not guaranteed. Restrictions apply. Event and information are subject to cancellation or change without notice including, but not limited to, dates, times, release dates, appearances and retails. “Shake It Up: Live 2 Dance” CDs and “Shake It Up” tees for the signing must be purchased at Studio Disney 365 on or after, 8 a.m. on March 24, 2012. Valid Disneyland Resort Studio Disney 365 sales receipt and event voucher will be required.

Likes (0)
Share Live 2 Dance in the Downtown Disney District with ‘Shake It Up’!