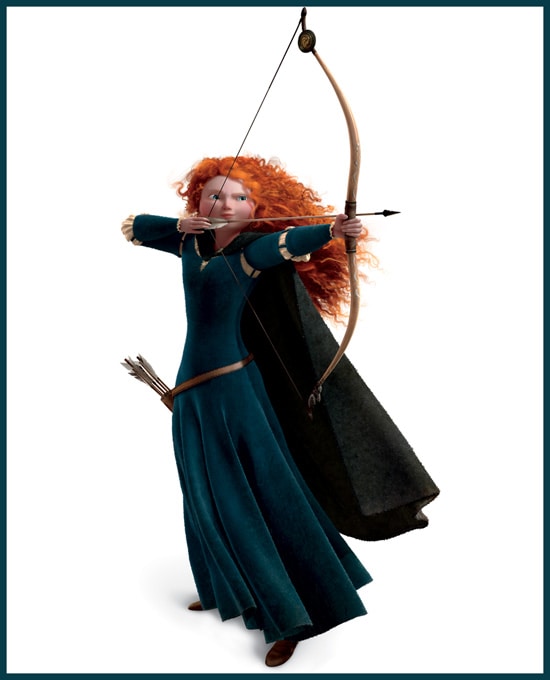 In the upcoming Disney•Pixar movie “Brave,” Merida is a headstrong teenager with a vibrant spirit and a softness of heart, struggling to take control of her own destiny. You’ll be able to discover Merida’s story when “Brave” opens in theaters June 22 and, beginning in mid-May, Merida will be coming to Disney Parks in an all-new character greeting experience. At Magic Kingdom Park, Merida will appear in Fairytale Garden in a setting inspired by her Scottish Highlands home, where young guests will be invited to engage in archery lessons and other activities until it’s their turn to meet her. Joining Merida are three mischievous bear cubs, whom you’ll learn more about when you see “Brave” in theaters.

To prepare for Merida’s arrival, Rapunzel will be moving from Fairytale Garden April 15, to the Town Square Courtyard (adjacent to City Hall) where she will continue to greet her loyal fans and subjects.

When visiting Disneyland park in California this summer, Merida and the wee, playful bears will find a home away from home near “it’s a small world” in Fantasyland, where guests will also be able to participate in activities inspired by Merida’s story. 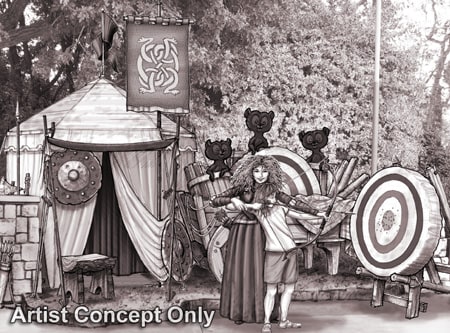 According to Creative Director Reed Jones, “These new play and greet experiences at both parks will immerse our guests in ‘Brave,’ giving them the opportunity to be a part of Merida’s Scottish clan. And we’re all excited to have the bear cubs join Merida with their silly antics, creating a whole new way to bring our beloved Disney Characters to life.”

“Regardless of where they find Merida,” said Reed, “Guests are really going to fall in love with her and the bears.”