Okay, Disneyland fans – it’s been awhile since we’ve had a new “Name that Costume” challenge so I’m starting you back again with an easy one. If you spotted me at the Disneyland Resort in this costume, where do you think I would be? 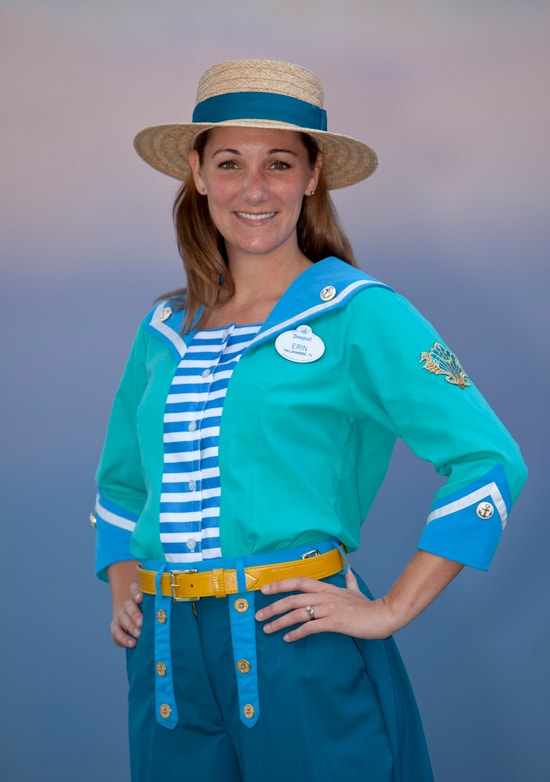 Think you can name that costume? Leave your guesses in the comments and I’ll be back later with the answer.

UPDATE: This costume is from The Little Mermaid ~ Ariel’s Undersea Adventure at Disney California Adventure park.

Costume Development Project Manager Clare Gee explained that the inspiration for the costume came from the large mural that guests see when they are boarding the attraction, which was designed and painted by Imagineer Larry Nikolai.

Costume Designer Matt Davidson designed The Little Mermaid ~ Ariel’s Undersea Adventure costume with colors and a nautical theme that would complement the art that would be seen behind the cast members.

“The design is nautical and whimsical with touches of gold and many shades of blue,” Clare said. “Many details are evident in the anchor buttons, stitching detail and trident patches.”

But I have to say, my favorite part is the hat!