Just last year, The Pirates League in Adventureland at Magic Kingdom Park mesmerized all of us with a deluxe package called The Mermaid Transformation, as we celebrated the release of “Pirates of the Caribbean: On Stranger Tides.” This hidden treasure was only available for a limited time, but we have heard the sirens’ calls and are excited to announce that this enchanting package has made its way from the depths of the sea back to The Pirates League beginning today, Monday, March 19. 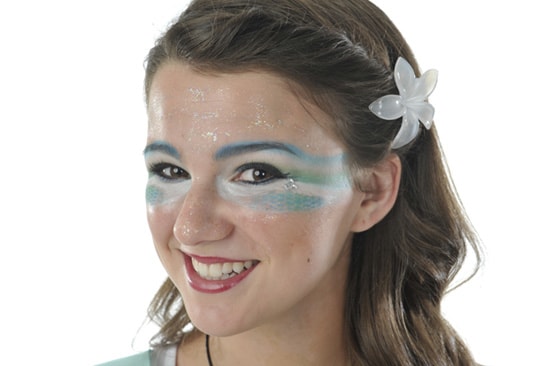 The new Mermaid Package is for daring new recruits who want to evoke the radiant and cool colors of the sea. The new package includes a luminous make-up transformation that evokes the iridescent and vibrant colors of the ocean, a shimmering makeup palette, a mermaid-inspired hairstyle complete with color-changing hairclip, sparkling face gems, trendy teal nail polish, a special Mermaid Pirates League sash and a color-changing necklace to finalize your transformation. 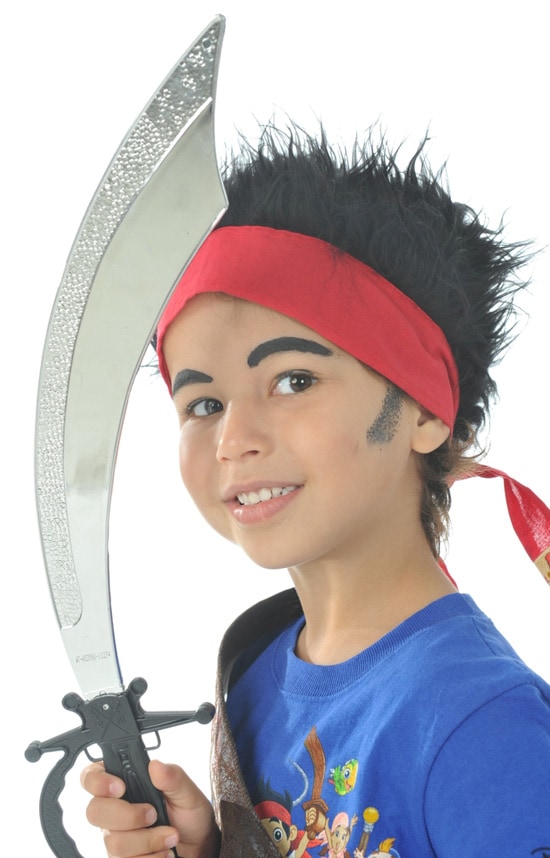 The Mermaid Package isn’t the only new look making its way to The Pirates League. We’re introducing a new package just for young buccaneers! Jake and the Never Land Pirates are setting sail for The Pirates League with a brand new package! Inspired by the hit show on Disney Junior, the new Jake and the Never Land Pirates Package transforms guests ages 3 and up into Jake! The package is complete with Jake facial features, a Jake Bandana with faux spiked hair, plus the official Pirates League Sword and Sheath, Treasure Bag and Pirate Coin Necklace! Of course, recruits of The Pirates League can still be transformed into First Mates and Empresses! We’ve updated the Empress look to be vibrant and trendy, plus we’ve added the Blackbeard Facial Effect option to the First Mate Package! Both the First Mate and the Empress receive Pirate Facial effect or makeup application, pirate bandana and earring, sword and Pirates League sheath, plus an official pirate coin necklace and treasure bag. Plus, Empresses receive their choice of lip gloss and nail polish! So what are you waiting for? The new packages are waiting for you now at The Pirates League! Join the Crew! It’s a Pirate’s Life for You! For reservations at The Pirates League and to learn more about the whimsical Mermaid Package and the swashbuckling Jake and the Never Land Pirates Package, please call 407.WDW.CREW (407.939.2739) or visit us online at DisneyWorld.com/Crew.