Sights & Sounds at Disney Parks: Do Visions of Muppets Dance in Your Head?

They do in my head! When Walt Disney Pictures released “The Muppets” last Thanksgiving, there were lots of reasons for fans like us to celebrate. After all, most of us have watched “The Muppet Show” for decades, have seen the movies and experienced the marvelous madness of Muppet*Vision 3-D at Disney’s Hollywood Studios (which is as much a loving tribute to the original TV show as the recent movie). 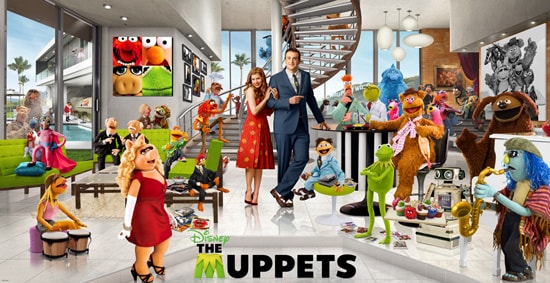 Now that “The Muppets” is available on Blu-ray and DVD, we’ve gained one more reason to cheer: last month, the Academy Award for Best Song was awarded to “Man or Muppet” from Walt Disney Pictures’ “The Muppets.” And if you haven’t been keeping a list, this was the very first Oscar awarded to a Muppet project, ever!

It was also the first Oscar for New Zealand-born lyricist/composer Bret McKenzie, who found it an amazing thrill to be part of a distinguished Muppet music legacy, which has earned numerous Grammy and Gold Record awards over the decades. “I wanted to make sure the songs sounded like Muppet songs,” he told us. “So I took on the job of producing them, to make them feel cohesive and to help the film itself hold together sonically.”

You can hear “Man or Muppet” and the other great songs in the new multi-disc “Wocka Wocka” Edition that combines a Blu-ray, DVD, movie download and soundtrack album download in one package. 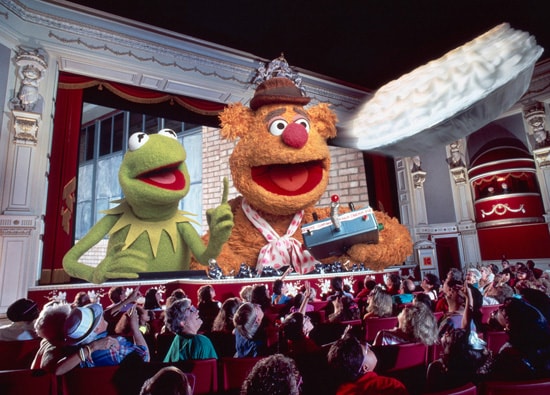 As a fan of both Muppets and music, I particularly enjoy those relaxing, reflective moments, sitting outside the Muppet*Vision 3-D theater—near the towering, porcine majesty of the Miss Piggy fountain—listening to instrumentals from “The Muppet Show” and various Muppet films. How many songs can you name?

Likes (0)
Share Sights & Sounds at Disney Parks: Do Visions of Muppets Dance in Your Head?