On Monday and Tuesday, TM Juniors and Instant Noodles went beat to beat in the first week of TRON CITY’S DANCE CREW CHALLENGE at the ElecTRONica Power Surge stage in Disney California Adventure park. After two nights and four fierce performances, you voted via text message and it was announced that TM Juniors would be moving on to the semi-finals starting Thursday, April 12.

Coming up this weekend, March 23 and 24, two more crews will make an exciting return to the Grid to battle for the chance to advance and challenge TM Juniors in the semi-finals. The returning ElecTRONica favs are Team Millennia and Kaba Modern.

You may remember Team Millennia’s power-surging performances last fall during the re-activation of ElecTRONica following its end-of-summer hiatus. 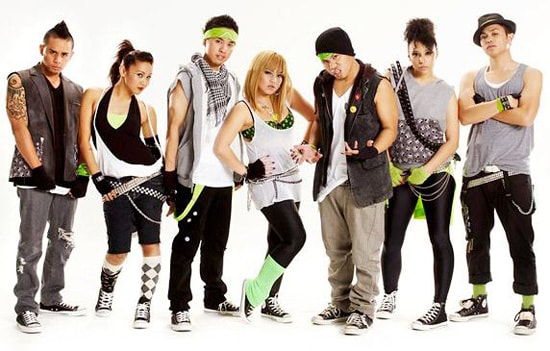 This weekend’s winning dance crew will be announced via Twitter on Sunday, March 25.

Competing dance crews will be announced each week.

Winners of the semi-final rounds on April 12 and 13 will be invited back to compete in the finals on April 14, where YOUR votes will again determine the winners. Be there April 15 to enjoy a special encore performance from the top two crews AND to see the thrilling moment —when the DISC-O’BALL trophy is awarded to the ultimate winning crew!

See it all LIVE IN PERSON at the Power Surge stage on Hollywood Blvd, only at ElecTRONica!